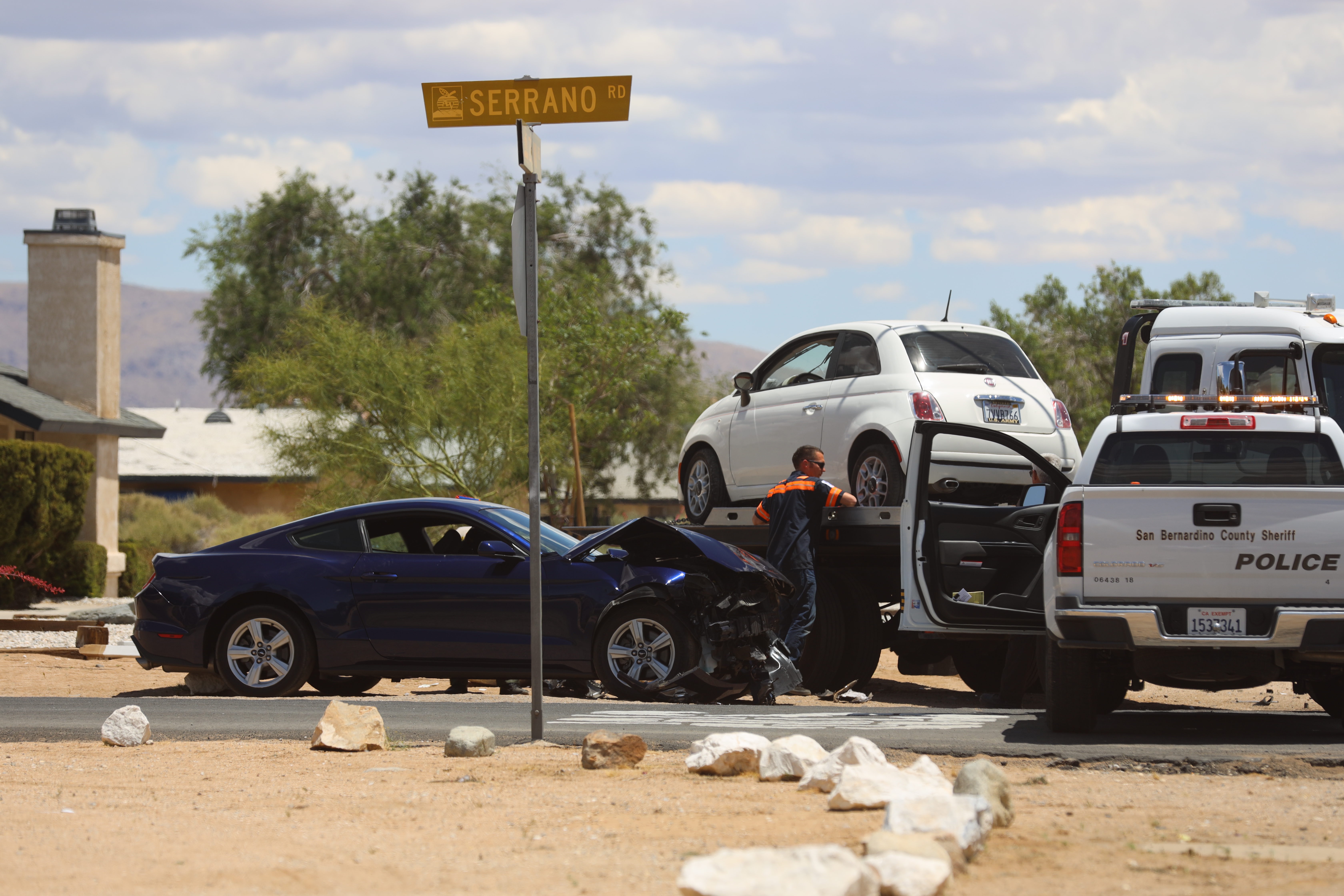 APPLE VALLEY, Calif. (VVNG.com) — Police are searching for a suspect who foot-bailed from a stolen vehicle after a crash Wednesday morning in Apple Valley.

It happened on May 29, 2019, at about 10:50 am deputies were requested to the scene of a hit-and-run call at the intersection of Serrano and Zuni Roads in Apple Valley.

Deputies arrived on scene and discovered a Hispanic male adult driving a blue Mustang was traveling north on Serrano Road approaching the intersection of Zuni Road.

Sheriff’s spokeswoman Jackie Alban said the male subject failed to stop at the posted stop sign and collided into a vehicle traveling east on Zuni Road.

The male suspect foot-bailed from the vehicle and was last seen heading north on Seneca Road.

“The vehicle the male subject was driving was reported stolen out of Victorville,” stated Alban.

A sheriff’s K-9 and the sheriff’s aviation helicopter 40K assisted with the search, however, were unable to locate the subject.

The victim, a 55-year old female, driving a white Fiat, was transported to St. Mary Hospital for minor injuries.

Anyone with information is asked to contact the Apple Valley Sheriff’s Station at (760)240-7400.