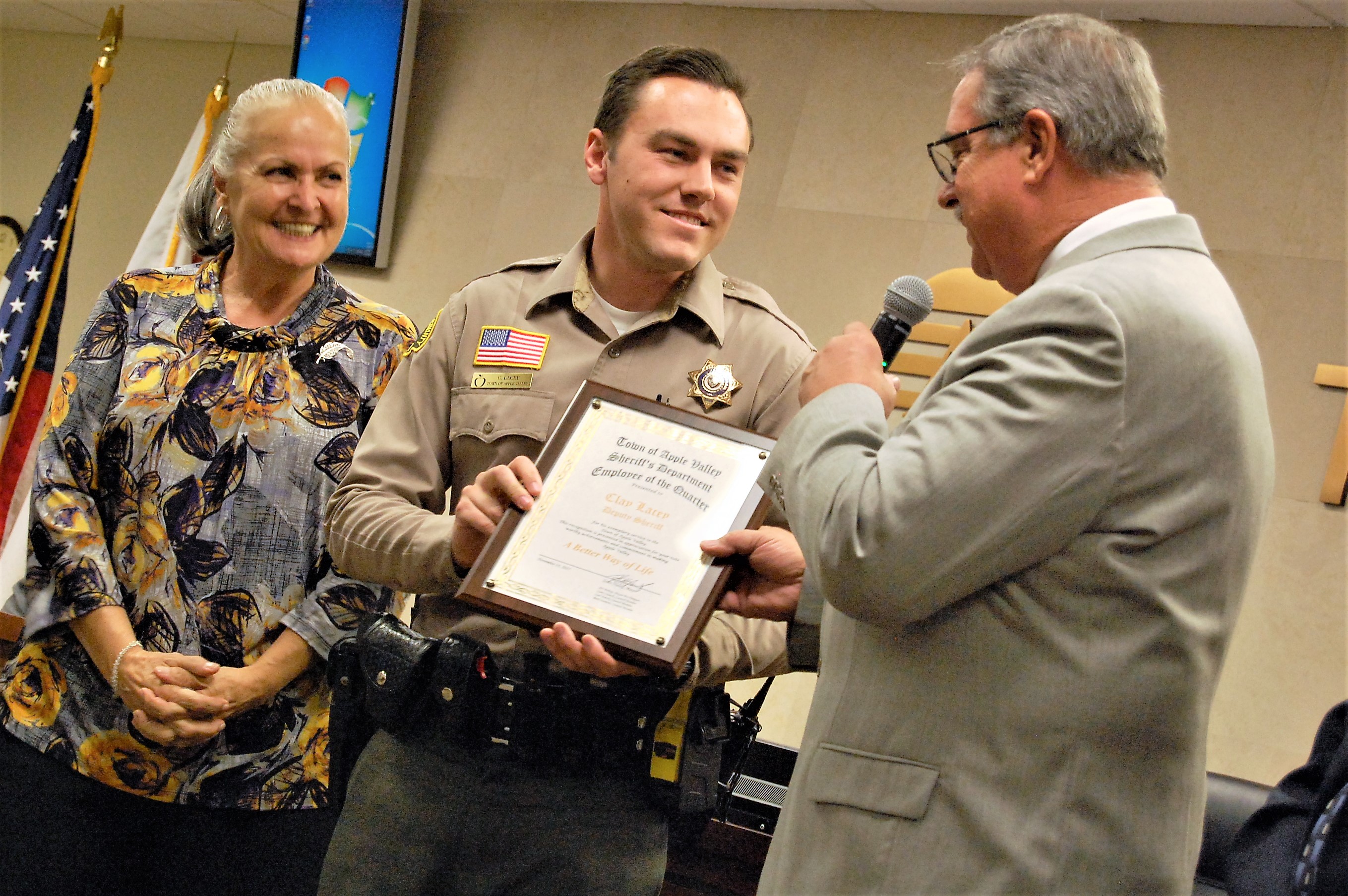 Apple Valley, Calif. (news release) – Just after 1 a.m. on September 29, two elderly Apple Valley residents awoke to the sound of breaking glass in their home. While the husband went to investigate the noise, his wife dialed 9-1-1. An intruder, later identified as a 46-year-old mentally disturbed male, attacked and threatened the home owners.

Minutes after the emergency call, the homeowners escaped to the safety of the arriving deputies who located and arrested the suspect who was still inside the house.

When Deputy Lacey followed up with the homeowners while they were being treated for their injuries at a local area hospital, he learned they had recently moved to the area from Orange County and had no friends or family to assist them.

“In that moment, Deputy Lacey took it upon himself to make some phone calls and arranged transportation for them from the hospital,” said Apple Valley Police Captain Frank Bell. “Then, after completing his 12-hour shift, Deputy Lacey recruited the help of his mother and returned to the residence to clean the blood off the floors and walls.”

“In the job as Deputy Sheriff, it is easy to become jaded and sometimes we put up a hard exterior to protect us from the negative things we are exposed to on a day to day basis,” said Bell. Among other impressive qualities, this example of Deputy Lacey’s care and compassion for the residents of Apple Valley is what makes me most proud to work with him and why I chose him for the Apple Valley Police Department’s Employee of the Quarter.”

Deputy Lacey was recognized for his exemplary service at the November 14 Town Council meeting. Apple Valley Glass was also commended for their service. 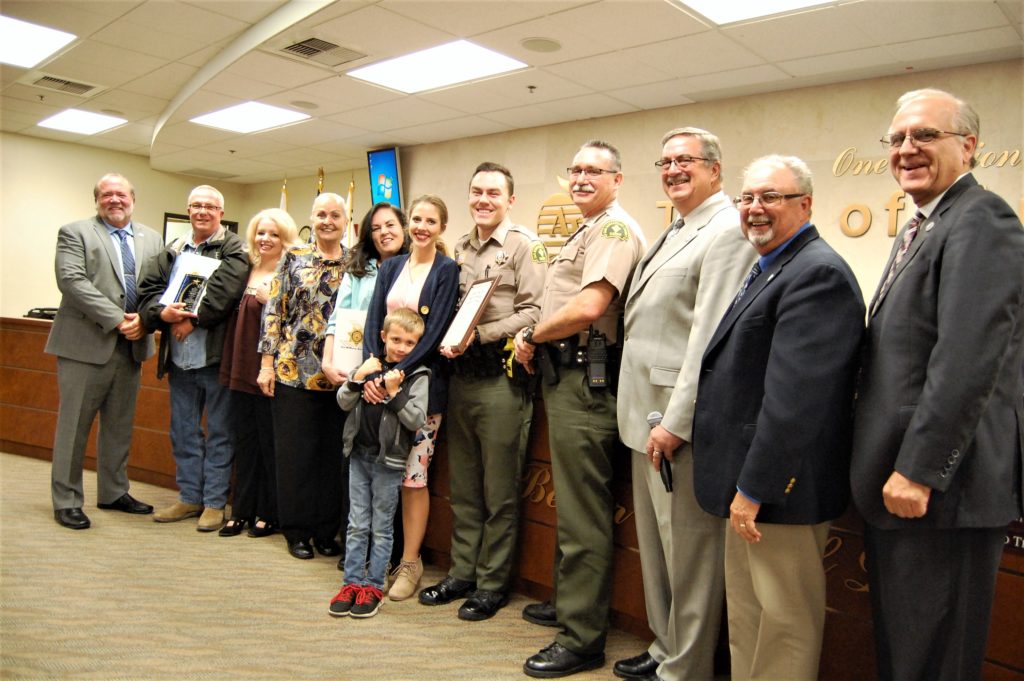