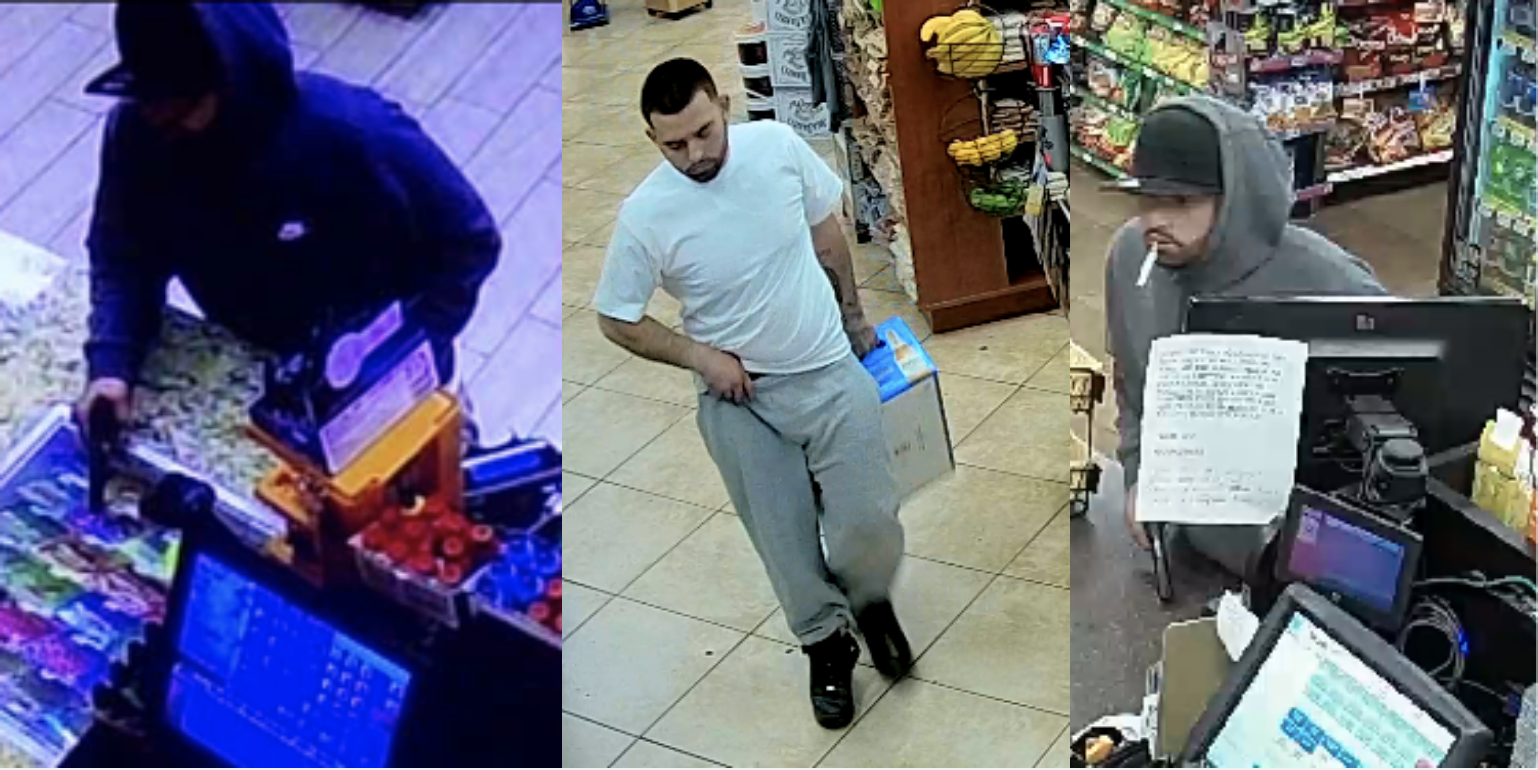 On Monday, March 1, 2020, at approximately 9:35 p.m., deputies from the Apple Valley Police Department were dispatched to a robbery at Chevron Gas Station located at 13601 Apple Valley Road in the Town of Apple Valley.

Deputies arrived on the scene and learned a Hispanic male suspect had stolen a case of beer from the location. When the store clerk attempted to intervene, the suspect pointed a semi-automatic handgun at them and left the location with the beer in a gray Dodge Challenger.

At 9:42 p.m., on the same date, a similar robbery was reported at Grand Liquor located at 15355 Rancherias Road in the Town of Apple Valley. In this incident, a Hispanic male suspect attempted to steal a case of beer and pointed a semi-automatic handgun at the store clerk when the clerk took the beer back from the suspect. The suspect fled from the store in a gray Dodge Challenger.

On the same evening, three other robberies were reported throughout the High Desert, where a Hispanic male suspect brandished a semi-automatic handgun and demanded money from store clerks at gas stations. The suspect and suspect vehicle descriptions for each of these five robberies were similar, which led detectives to collaborate on the investigation.

On Monday, March 2, 2020, Apple Valley Police detectives began reviewing video evidence and obtained a license plate from the suspect vehicle. Detectives were also able to identify the driver of the vehicle as Gabriel Vasquez.

Detectives from the Apple Valley, Victorville, and Adelanto Police Departments conducted a joint operation to locate and arrest Vasquez. Information was disseminated to surrounding agencies, and it was learned that Vasquez had been arrested in the San Pedro area of Los Angeles on two counts of armed robbery on March 3, 2020. A warrant for the arrest of Vasquez was obtained; he will be transported to San Bernardino County upon his release from Los Angeles County.

CHP: 33 cited during 2-hour traffic enforcement detail on I-15 in Victorville