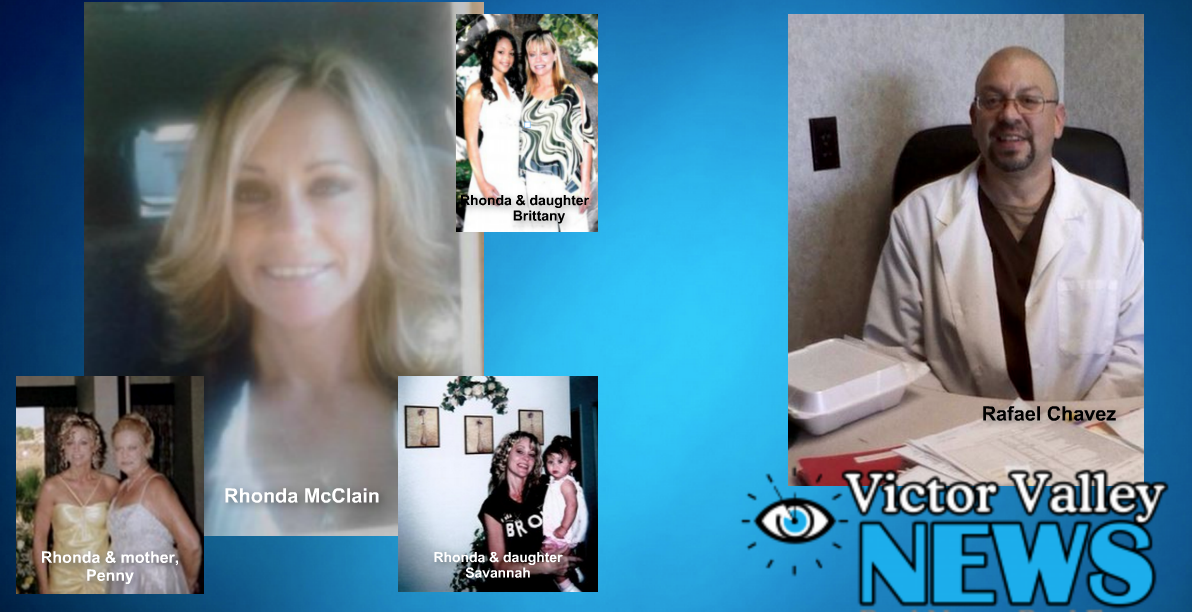 VICTORVILLE-(VVNG.com): Former Apple Valley Physician’s Assistant, Rafael Ubaldo Chavez, as part of an October 1st decision will be held to stand trial for the 2011 murder of his then girlfriend, Rhonda Desha McClain. Although nothing will ever bring Rhonda back to her family, each step forward towards justice for the kind-hearted, strong-willed mother of two helps them to cope with the loss.

Judge Dwight W. Moore, on the motion of deputy district attorney Sean Daugherty and with the notion that there is sufficient evidence ordered on Thursday that the case moves forward with a jury trial. McClain’s

mother, Penny Adams began to sob, tears coming from both the pain of losing her daughter and the joy knowing that they are one step closer toward justice for Rhonda and her children.

McClain lost her life on March 7, 2011 and her daughters, one of who is reaching numerous milestones without her mother. Savannah, who was 6 years old at the time, now four years later has had to move on with only the memories of her mother. Rhonda Desha McClain was only 41 years old when according to Chavez, she was found deceased in the bathtub of his home, which the two were sharing at the time. Without the intense investigation that family desired, they ruled her death as a drowning.

Adams and Rhonda’s older daughter, Brittiany Walker who was in her early 20’s at the time of her mother’s death, knew the circumstances did not sound right and according the two women, there was a history of mental abuse towards Rhonda alienating her from friends and even family. When the family asked Chavez about what happened that day they say he was less than forthcoming with what was only inconsistent information.

Finally, after providing sufficient evidence to bring doubt to the fact that McClain’s death was an accidental drowning the reviewing board changed the cause of death to “undetermined”.The family, that strongly believes that Chavez is responsible for the death of McClain now celebrates this tiny victory in what is certain to be a long trial. Chavez remains out on a $1,000,000 bail at this time.