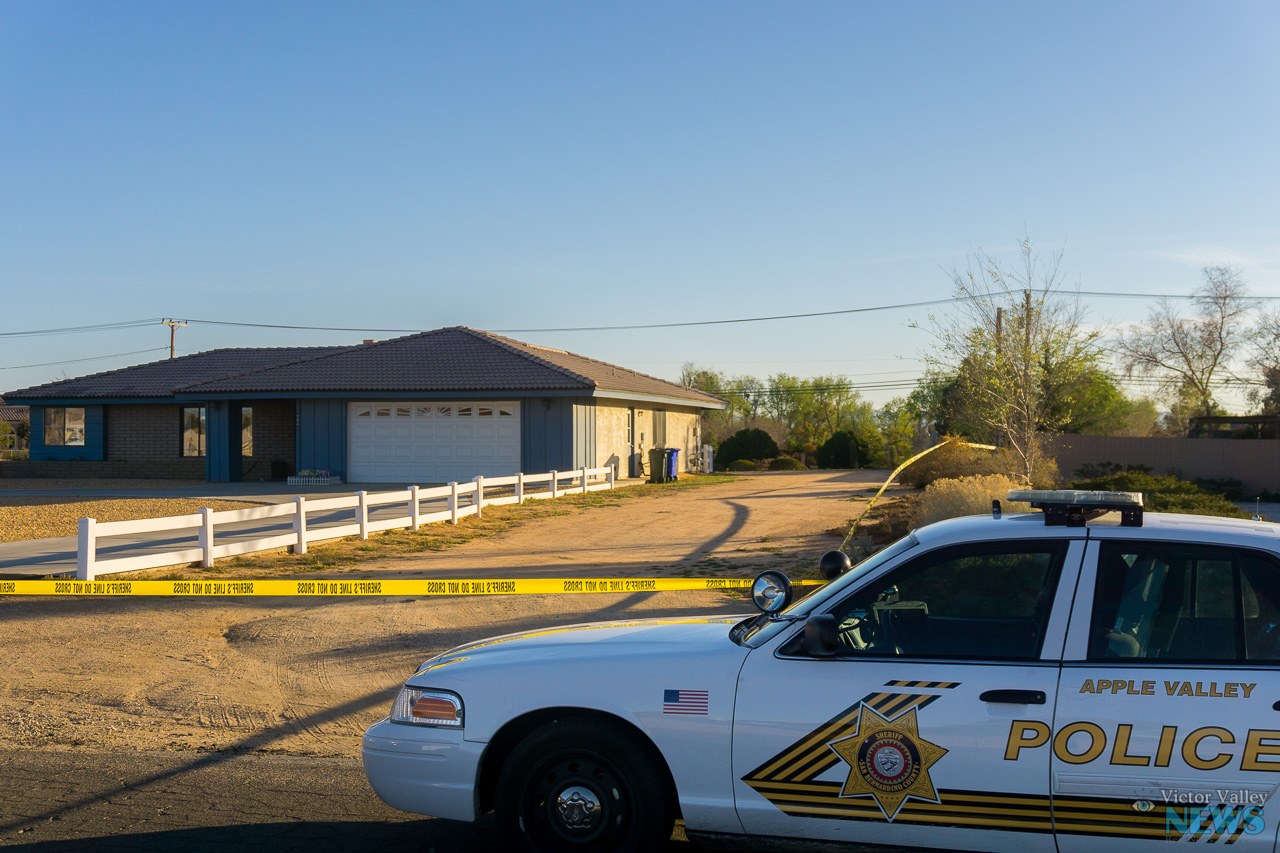 APPLE VALLEY CALIF: (VVNG.com) Over a week has gone by since an elderly couple in their 90’s were found murdered in their quite Apple Valley neighborhood, leaving a sense of fear growing in the surrounding community that the elderly are being targeted.

The bodies of Louis Giuntini, age 95 and Rose Giuntini, age 92 were discovered in the garage of their home located on the 19900 block of Highway 18 and Symeron Road, on February 29th, by a family friend checking on their well-being. Detectives determined through the death investigation of Mr. and Mrs. Giutini, that they were both victims of homicide.

Friends say the couple have lived in the area since the 1970’s, and had been happily married and just celebrated their 70th wedding anniversary in September. Neighbors stated that Louis made frequent walks to the local golf course several times a week. He was also a fighter pilot in World War II and through his 90’s had great mobility.

The detectives handling the case have been extremely quiet with any details pertaining to the active investigation. The manner in which they were murdered remain unknown, although rumors have surfaced, the facts have not been confirmed.

A Victor Valley News reporter spoke with Sgt. Marks with the Apple Valley Sheriffs Department, who stated that they have detectives working around the clock, however, was not able to provide any additional information.

“I live not far from where it happened. Is there some crazy killer out there we should be aware of? It’s actually making me nervous. Never have felt this way here in my neighborhood,” commented Debbie Johnson.

“I agree and feel that at least those of us so near deserve some kind of info and now this Sunday there was another home invasion/robbery just up the road off Symeron,” added Shari Kidwell.

The lack of information communicated to the community has many stricken with fear wondering if detectives have any valuable leads at all, or if they are just remaining silent to not jeopardize the investigation.

CSI processed the scene where a woman was assaulted near the house where a couple was murdered. (Christie Martin, Victor Valley News)

Apprehension and anxiety grew even stronger as another house less than 2 miles away was also the scene of investigation that lasted several hours into the night. This time, it was reported that an elderly woman was assaulted in her garage on the 15600 block of Myalon Road near Symeron Road.

According to scanner traffic, a man pointed a black semi-automatic handgun at the woman and demanded that she unlocked the door to her home. Although details are

still unclear, the male suspect allegedly attacked the elderly woman and left on foot with her jewelry.

It has not been confirmed if detectives had suspicion to believe the two incidents were tied together, or if the scene was heavily processed to rule out possibilities.

Requested information regarding the incident on Myalon Road were not made available to the public, “It is an open investigation at this time, and we do not want to put anything out that may hinder the investigation,” said San Bernardino County Sheriff’s Department, Apple Valley Station Spokeswoman, Trish Hill in a phone conversation.

Anyone with information is urged to contact Detective Ryan Smith or Sgt. Jason Radeleff of the Specialized Investigations Division at 909-387-3589. Callers wishing to remain anonymous may call the We-Tip Hotline at 1-800-782-7463 or you may leave information on the We-Tip website at www.wetip.com.