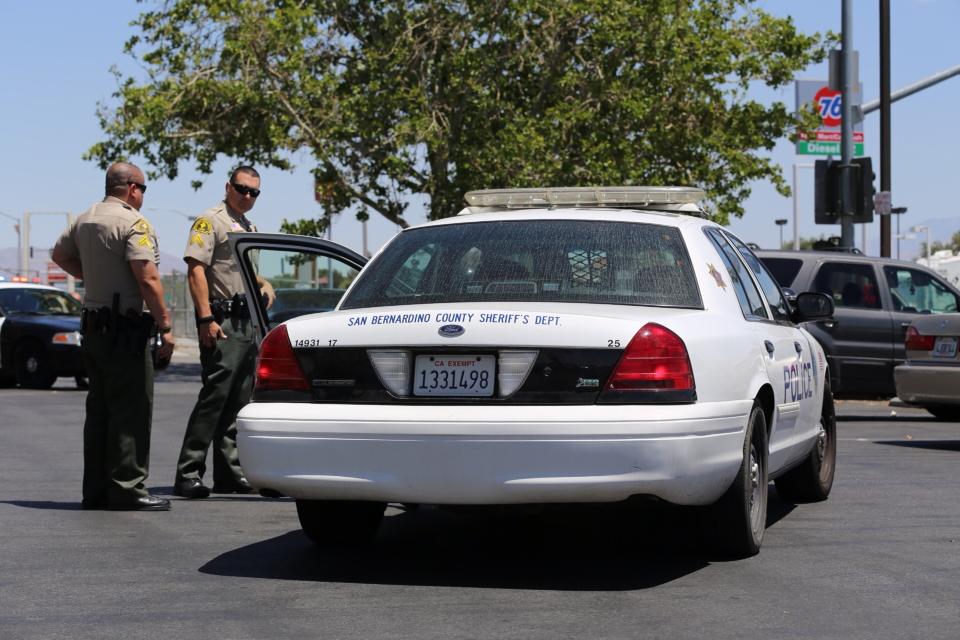 APPLE VALLEY: (VVNG.com) – At approximately 12:50 p.m. on Monday, May 26th, several gun shots were reported in the area of Taloga/Mondamon Road.

He was said to have left the scene headed west in a get away vehicle described as a charcoal grey Ford Escape. CHP’s helicopter H-80 was called in to assist in the search and a short time later spotted the suspect vehicle getting onto the 15-freeway south via the Stoddard Wells Road on-ramp.

A couple of CHP patrol units followed the vehicle and performed a felony traffic stop. The vehicle exited on the Palmdale Road exit and pulled into the Del Taco parking lot on Park Avenue. The sole occupant described as a black female driver was detained and taken into custody.

Police were on scene on Taloga Road, in the residential area behind the Apple Valley Auto Pros and Tom’s Famous Burgers off Highway-18. Bullet casings were found at Olalee Rd and Taloga road.

As of 10:00pm on Monday, it is unknown if a suspect arrest has been made.