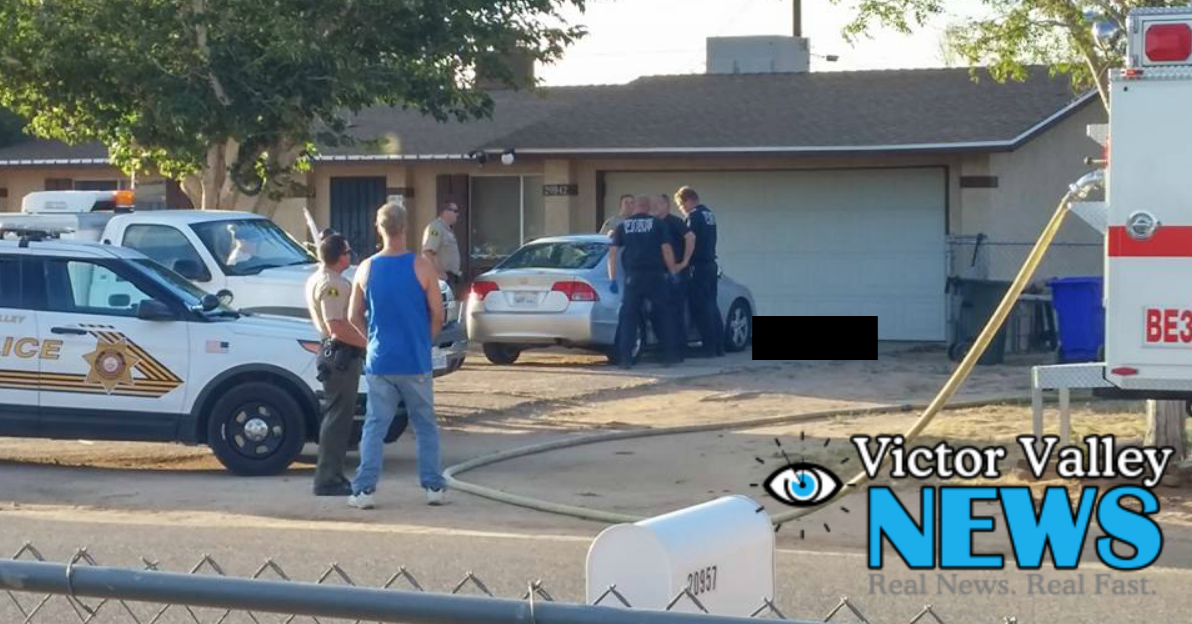 APPLE VALLEY-(VVNG.com): A 59-year-old Apple Valley man is deceased following what many speculated to be a vicious attack by his dogs.

Per scanner traffic, units arrived to a residence on the 20900 block of Cayuga Road near Kiowa Road at about 6:15 p.m. on Friday, August 14th and found a man lying unresponsive on the property.

“According to witnesses, the man broke up a fight between two of his dogs and was walking back into his home when he appeared to be disoriented and fell to the ground,” said San Bernardino County Sheriff’s Department Spokeswoman, Jodi Miller.

Miller also stated that witnesses said the dogs did circle the man who had fallen to the ground and a few of the dogs tugged on his clothing in an unaggressive manner. Authorities confirmed the 59-year-old male was not attacked or mauled by his dogs.

Neighbors reported yelling out to the man who was unresponsive to their voices. The deputies attempted to enter the gate to the yard to render medical aid, but personnel were unable to get to the man due to the dogs that were described to be possibly being protective of the owner.

Upon checking the man’s vitals, deputies were able to determine that he was deceased.

San Bernardino County Coroner’s responded to the location and processed the body before transporting. The identity of the deceased will be released pending notification of next of kin.