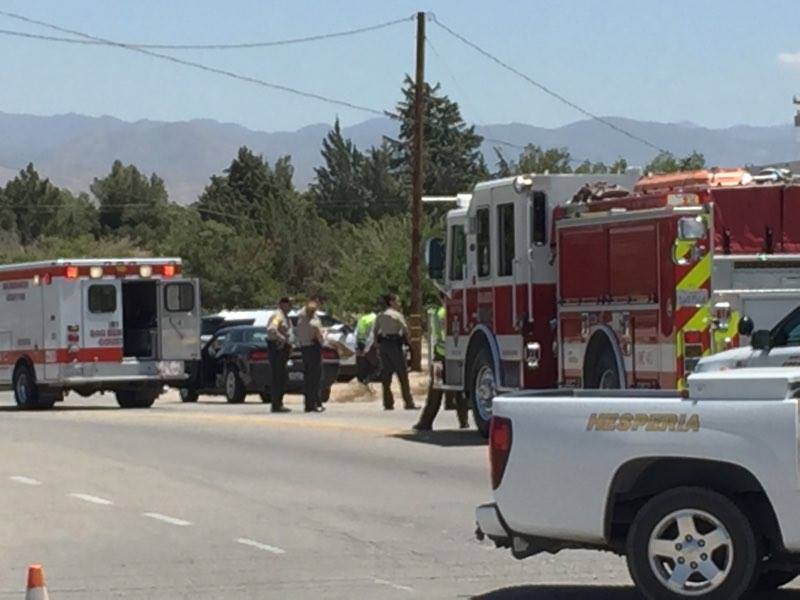 HESPERIA-(VVNG.com): A 64-year-old Apple Valley man was arrested on Tuesday afternoon after leading the Rancho Cucamonga police on an approximately 30-mile pursuit.

The pursuit of the suspect, identified as John Bickers was initiated when a Rancho Cucamonga deputy received an automated license plate recognition notification on a black Dodge Challenger. The deputy attempted to conduct a traffic stop of the suspect at Foothill and Day Creek Boulevard just after 11:30 a.m. authorities said.

Bickers failed to yield continuing to drive entering the 15 freeway. He traveled up the Cajon Pass, exiting on Oak Hill Road. After exiting he continued on heading north on Mariposa Road then east on Ranchero Road.  The pursuit ended at around 12:12 p.m. when in the interest of public safety, the deputy stopped the vehicle using a pit maneuver near the Maple Avenue intersection.

Per scanner traffic Bickers was wanted for the theft of a 9mm handgun as well as an arrest warrant. Bickers was taken to a local hospital as a precaution and was subsequently booked into the West Valley Detention Center. He is being held in lieu of $150,000 bail.

The deputy from the Rancho Cucamonga station was airlifted to a local trauma center as a precaution. Southern California Edison was called to repair a power pole that was damaged as a result of the pursuit conclusion.