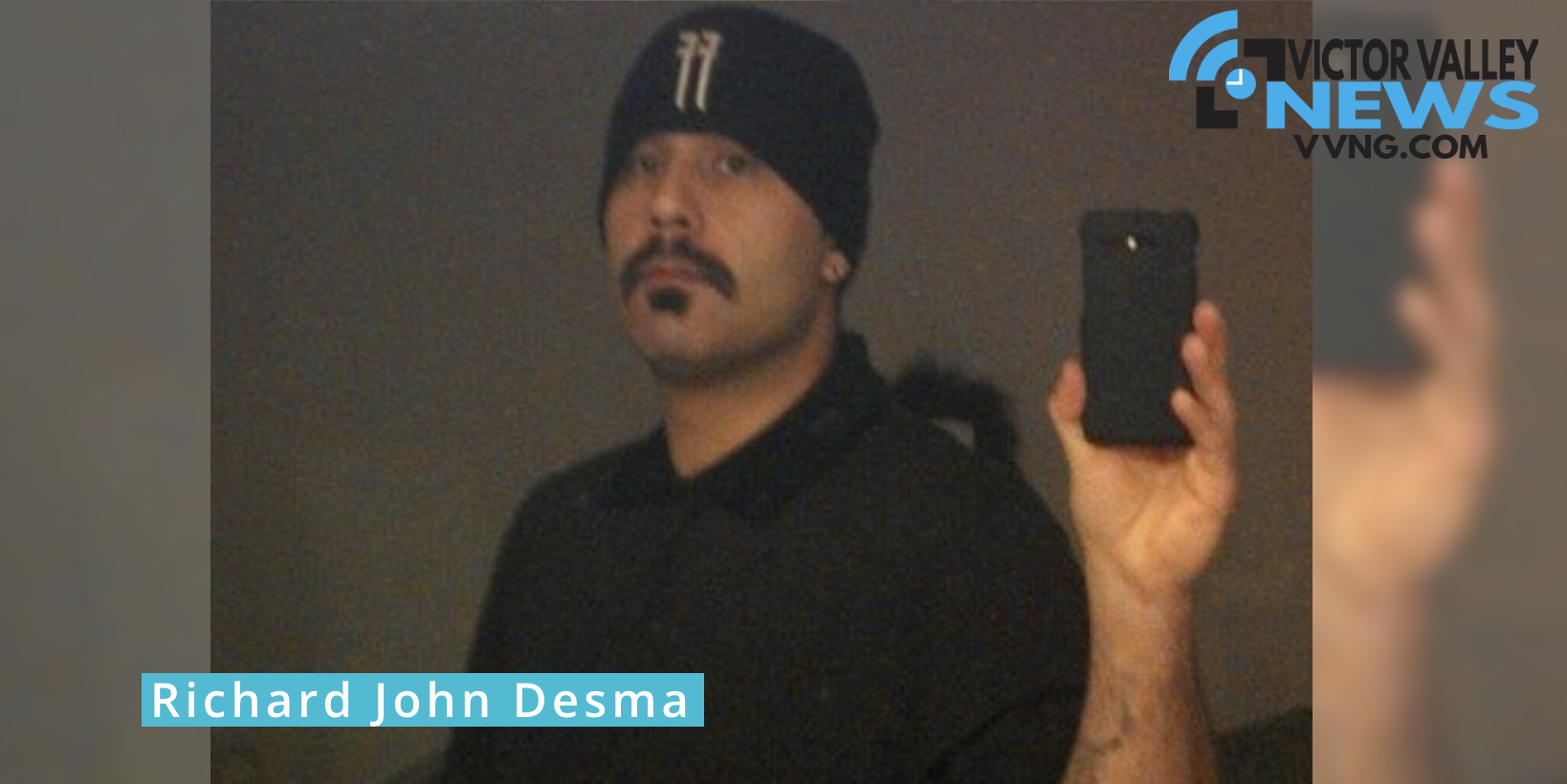 APPLE VALLEY, Calif. (VVNG.com) — A 36-year-old Apple Valley man is behind bars after he allegedly used a gun to beat his girlfriend and imprison her, officials said.

At about 6:20 am, deputies responded to the location after receiving citizen reports of a male and female arguing. Callers reported hearing yelling, doors smashing, a female screaming for help and pleading for someone to call the police, officials said.

Deputies immediately responded to the location and found a female assault victim with injuries to her head and body.

Through investigation, deputies determined the suspect, Richard John Desma, and the victim had been involved in a verbal argument. Police said Desma ‘psychically assaulted’ her and fled prior to their arrival.

According to a sheriff’s news release, “During the altercation, Desma reportedly used a firearm to strike the victim, broke her phone to prevent her from requesting help or assistance, threatened her life, and falsely imprisoned her for some time before she escaped. Before fleeing, Desma threatened to kill the victim should she call the police.”

The victim was taken to a local hospital for treatment of serious, but not life-threatening injuries resulting from the assault.

Officials also said nobody else was in the residence during the incident and no shots were fired.

On Friday, November 23, 2018, at 1:10 p.m., armed with an arrest warrant, Deputy Mike Cashion arrested Desma at home without incident. Desma was transported to the High Desert Detention Center and booked for Domestic Violence, False Imprisonment and Criminal Threats. His bail was set at $250,000.00.

Anyone with information regarding this incident is urged to call Deputy Mike Cashion or Sergeant James Evans at the Apple Valley Station at (760)240-7400 and reference case # 181805754.