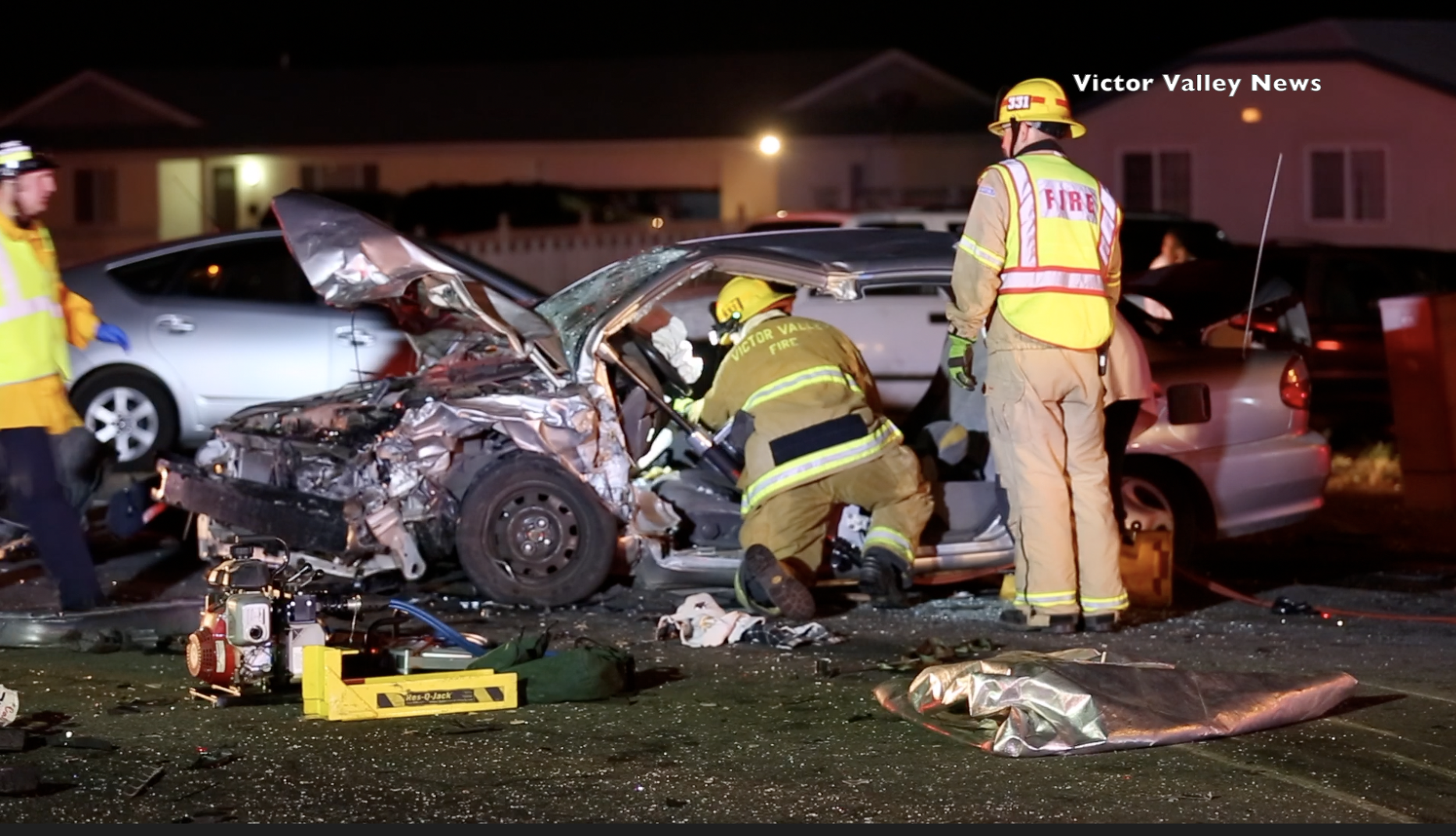 On May 10, 2017, at about 8:20 p.m., a gray Chevrolet Cruze driven by a 20-year-old female resident of Adelanto who was traveling eastbound on Bear Valley Road near Algonquin Road.

According to a Sheriff’s press release, the female driver attempted to make a left turn to travel north on Algonquin Road when she struck a 2000 Gold Kia Sephia head-on driven by Matthew Marshall.

The impact caused both vehicles to sustain major damage leaving Marshall trapped inside his car.

Upon arrival, Marshall was found trapped inside his vehicle suffering from major injuries. Marshall was extricated from his vehicle and transported to Antelope Valley Hospital where he succumbed to his injuries.

The female driver and her three passengers were transported to local area hospitals with non-life threatening injuries.

The cause of the collision is currently under investigation. If you have any information regarding this collision, you are urged to contact Deputy Cashion at (760) 240-7400. Anyone wishing to remain anonymous is urged to call the We-Tip Hotline at 1-800-78-CRIME (27463) or you may leave information on the We-Tip website at www.wetip.com.