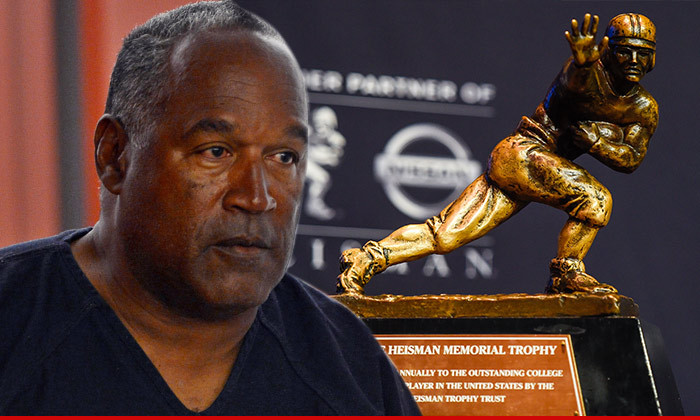 (VVNG.com)- An Apple Valley man has been charged with stashing away O.J. Simpson’s 1968 Heisman Trophy that was stolen from the University of Southern California more than 20 years ago, the Los Angeles County District Attorney’s Office announced.

Lewis Eugene Starks Jr. (dob 1/28/59) was charged in case BA439447 with one count of receiving stolen property. He is scheduled to be arraigned Wednesday in Department 30 of the Foltz Criminal Justice Center.

Prosecutors said the statue, given annually to college football’s top player, was stolen along with Simpson’s jersey and a plaque on July 28, 1994, from USC’s Heritage Hall.

Starks is accused of being in possession of the university’s copy of the trophy and the plaque, knowing that it had been stolen.

Prosecutors are recommending bail be set at $70,000. The criminal complaint also notes that Starks has a prior burglary conviction.

If convicted as charged, Starks faces up to six years in state prison.