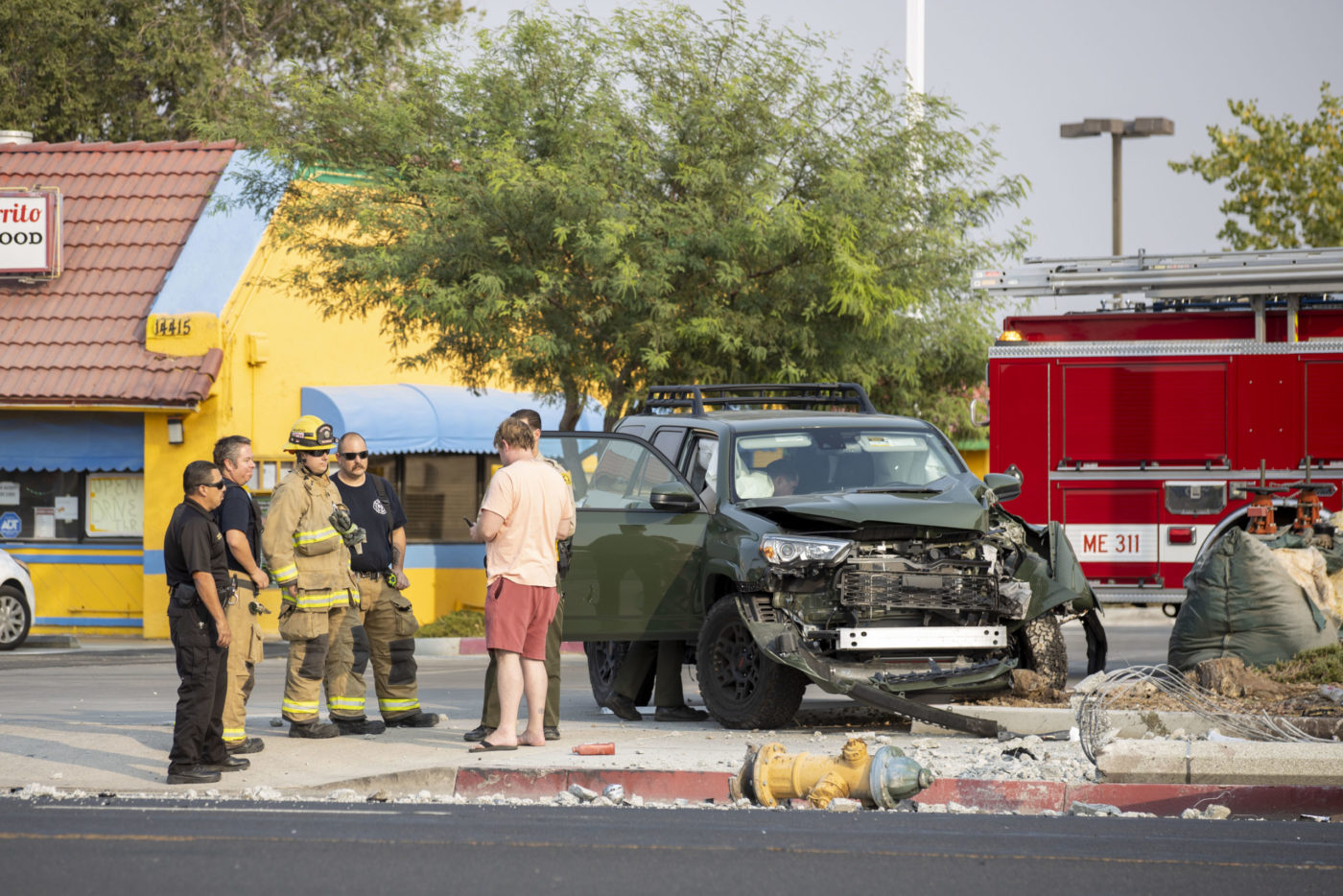 VICTORVILLE, Calif. (VVNG.com) — A 41-year-old man was booked on suspicion of driving under the influence after crashing an SUV into a fire hydrant, a metal sign, and a light pole in Victorville.

Conor Murley, a resident of Apple Valley, was driving his green Toyota 4Runner TRD Pro northbound on 7th Street when he crashed near the Auto Zone.

Sheriff’s spokeswoman Mara Rodriguez said initial information gathered indicated Murley was under the influence of an unknown drug(s). “He was transported to a local hospital for evaluation and further collection of evidence,” stated Rodriguez.

Rodriguez said Murley was subsequently booked at High Desert Detention Center, issued a citation, and later released with a date to appear in court. The spokeswoman said the toxicology report is pending.

The incident temporarily blocked lanes on 7th Street while deputies investigated and cleared the roadway. No other injuries were reported.

Police searching for suspects who snatched woman’s purse in Victorville