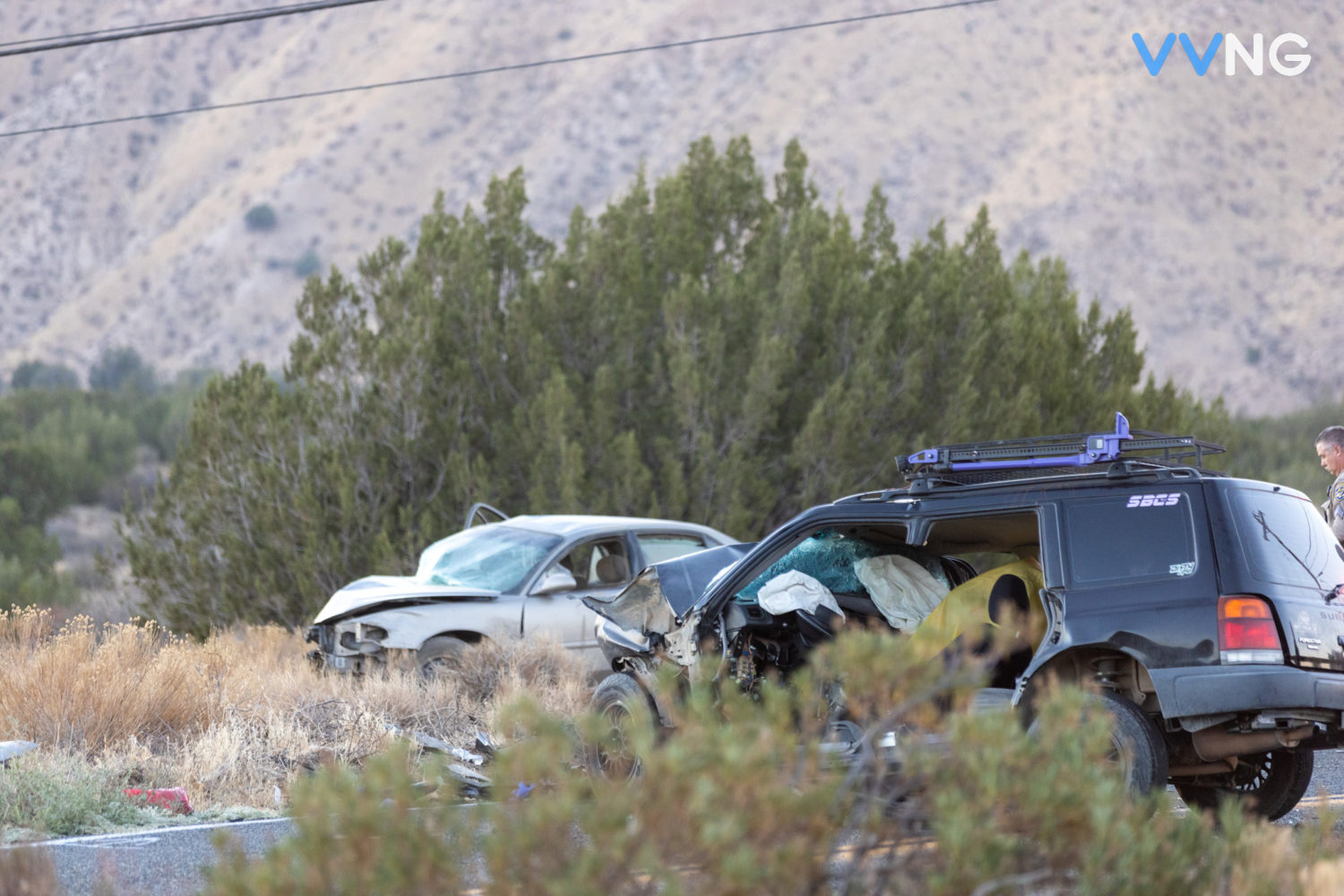 HESPERIA, Calif. (VVNG.com) — California Highway Patrol officials confirmed they arrested a 63-year-old man in connection to a fatal hit-and-run crash that claimed the life of a Victorville woman.

On Wednesday, September 15, 2021, at about 6:33 pm, 911 received reports of a head-on traffic collision on State Route 173 near the Mojave River Forks Regional Park. The crash involved a 2003 gold-colored Buick Century and a 1999 Subaru Forester.

The investigation reveleaed the driver of the Buick later identified as William Lee Montanye was north on SR 1273 when he crossed over the double yellow lines pained on the roadway and collided head-on with the other vehicle.

The impact resulted in the Subaru’s right front passenger, a 50-year-old woman from Victorville to sustain fatal injuries. Two juveniles ages 10 and 12 seated in the rear passenger seats received minor injuries and the 50-year-old male driver was airlifted to a trauma hospital.

Montanye fled the scene on foot by running into the heavy brush and hid from law enforcement for several days. On September 19th he was interviewed at his Apple Valley home and subsequently arrested for 2001(a) – Hit and Run causing serious injury or death and penal code section 192(c)(2) – Vehicular Manslaughter.

According to booking records, Montante’s court hearing is scheduled for the 21st and his combined total bail is set at $100,000.

The San Bernardino County Coroner’s Office has not released the identity of the deceased woman. Anyone with information regarding this crash is asked to call Victorville CHP at 760-241-1186.

Related Article: Woman killed in a hit-and-run crash on SR-173 in Hesperia