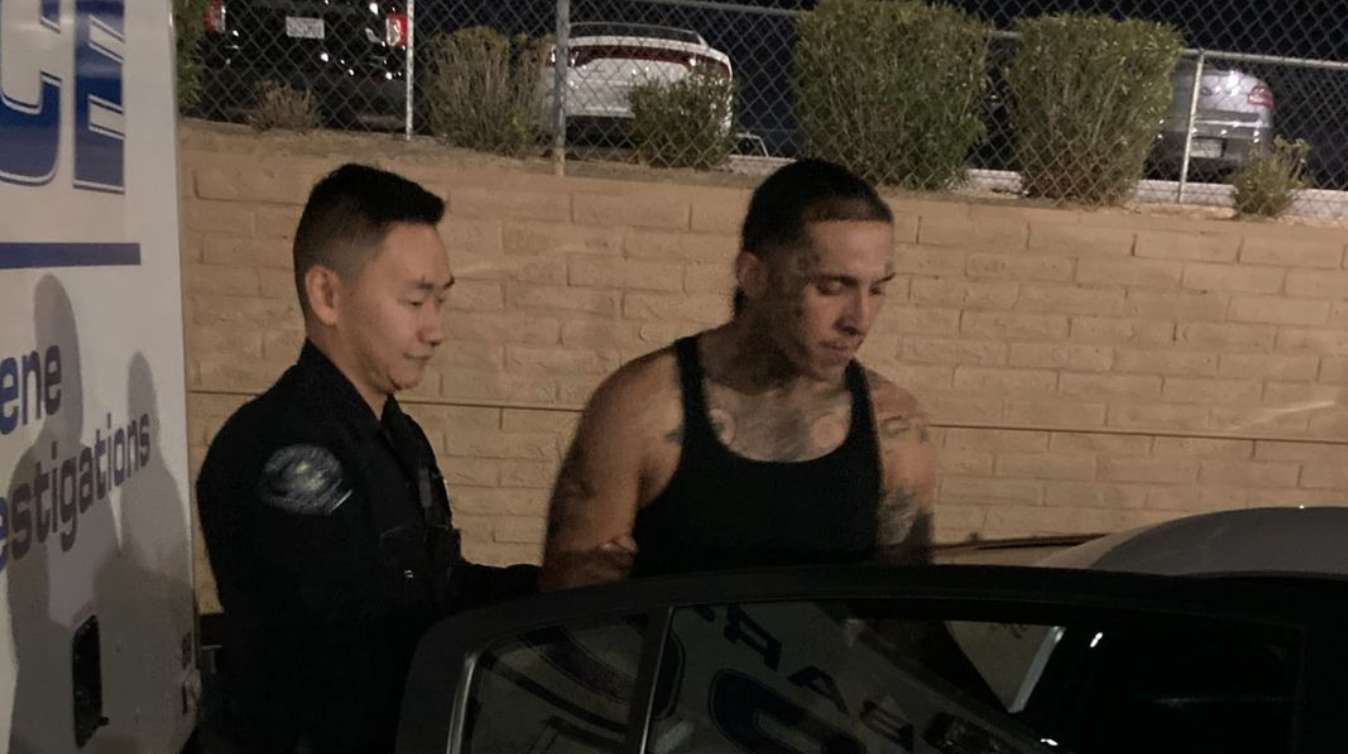 On Monday, March 7, 2022, at 3:52 p.m., officers from the Barstow Police Department were dispatched to the area of High Point Parkway and Lenwood Road regarding an alert from an Automated License Plate Reader (ALPR).

A records check revealed Eric Lemus was listed as the suspect who stole the vehicle. Officials also Lemus was wanted for two active felony arrest warrants for PC 211 – Robbery and PC 245(a) (4) – Assault with Great Bodily Injury.

Officers located the stolen vehicle on the 2800 block of Lenwood Road and attempted to conduct a felony traffic stop. Lemus failed to yield to officers and a pursuit was initiated.

“The driver fled at a high rate of speed (100+ MPH), failing to stop at numerous stop lights and at times drove into oncoming traffic. The pursuit was terminated when the driver was unable to negotiate a left turn from Barstow Road onto Windy Pass and collided with the curb, disabling the vehicle,” stated a news release.

The suspect attempted to flee on foot but, was taken into custody quickly by officers.

Lemus was booked at the San Bernardino County Sheriff’s Department High Desert Detention Center for VC 2800.2(a) – Felony Evading, VC 2800.4 – Driving Into Oncoming Traffic while Evading a Peace Officer, VC 10851(a) – Take Vehicle without Owner’s Consent and PC 496D(a) – Possession of a Stolen Vehicle as well as his Outstanding Felony Warrants.

Anyone with information regarding this investigation may contact Corporal Matthew Helms at (760) 256-2211 or at mhelms@barstowca.org. Those wishing to remain anonymous may also provide information by calling the WE-TIP hotline at 1-800-79-CRIME (27469) or by going to www.wetip.com.