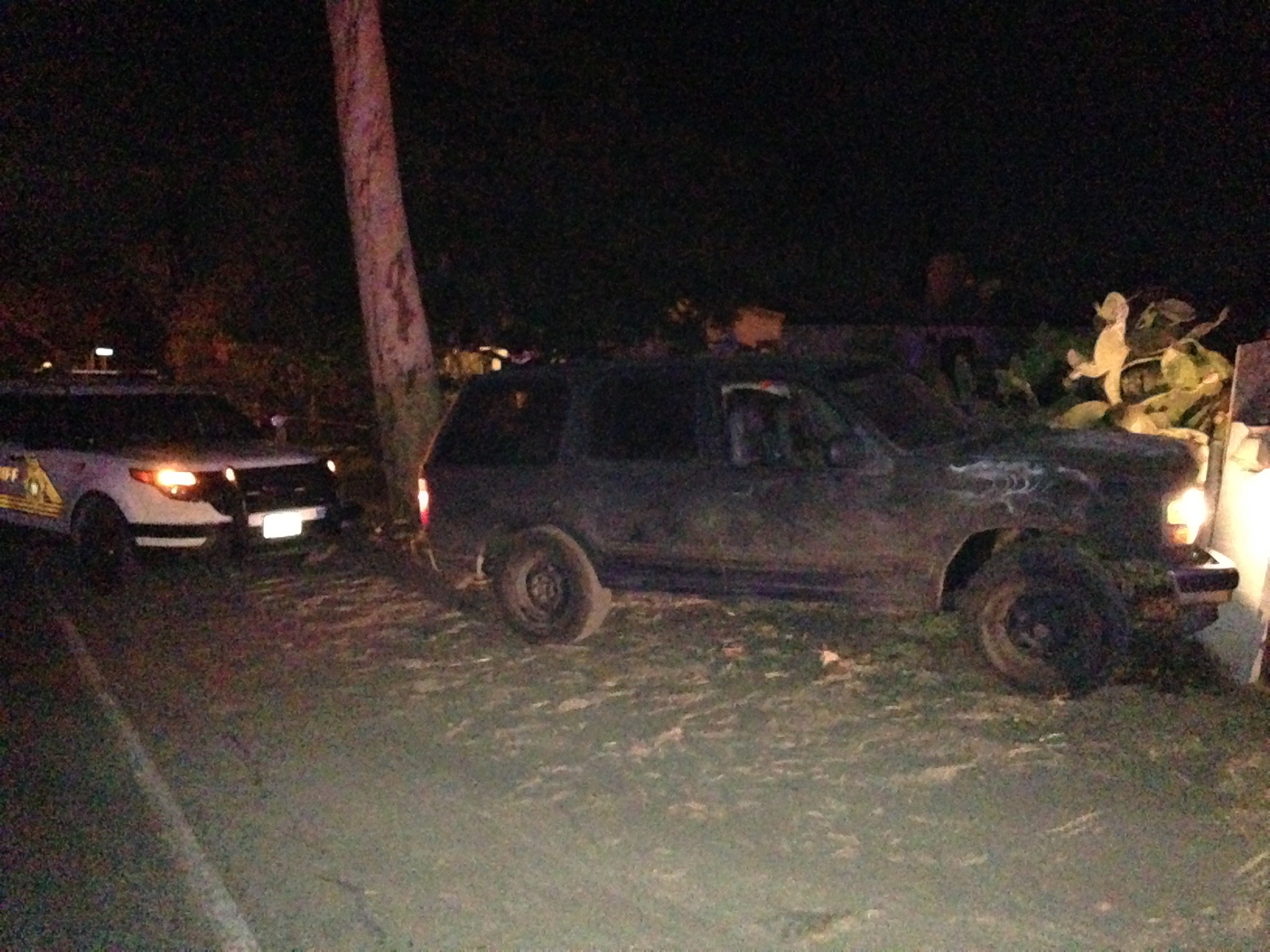 SAN BERNARDINO, Calif:(VVNG.com)- A 44-year-old Apple Valley man identified as Patrick Owen Hughes led deputies on a pursuit before crashing into a wall.

On Wednesday, August 31st at approximately 12:50 am, Deputy Kostiuk was on patrol in Muscoy. Kostiuk saw a vehicle make a left-hand turn without using the turn signal.

The deputy attempted a traffic stop on the vehicle, a dark-colored SUV. However, the driver failed to yield and fled at speeds of 60mph.

As the vehicle continued driving it struck two separate stop signs and then hit a parked vehicle. The vehicle lost control and crashed into a wall in front of a residence on Kern Street.

The driver fled on foot from the crash and was later taken into custody. The driver was positively identified as Patrick Hughes.

Hughes had a felony “No Bail” warrant for his arrest for burglary charges. Hughes had a small quantity of suspected methamphetamine and drug paraphernalia. Hughes was arrested and booked into the Central Detention Center.

According to public court records, Hughes is currently being held in lieu of a $100,000 bail for evading. With a second charge for vehicle theft with no bail. He’s scheduled to appear in court on September 2nd at 12:30 pm.

Anyone with information regarding this incident is urged to contact Central Station at (909) 387-3545. Callers wishing to remain anonymous are urged to call We-Tip Hotline at 1-800-78-CRIME (27463) or you may leave information on the website at www.wetip.com.