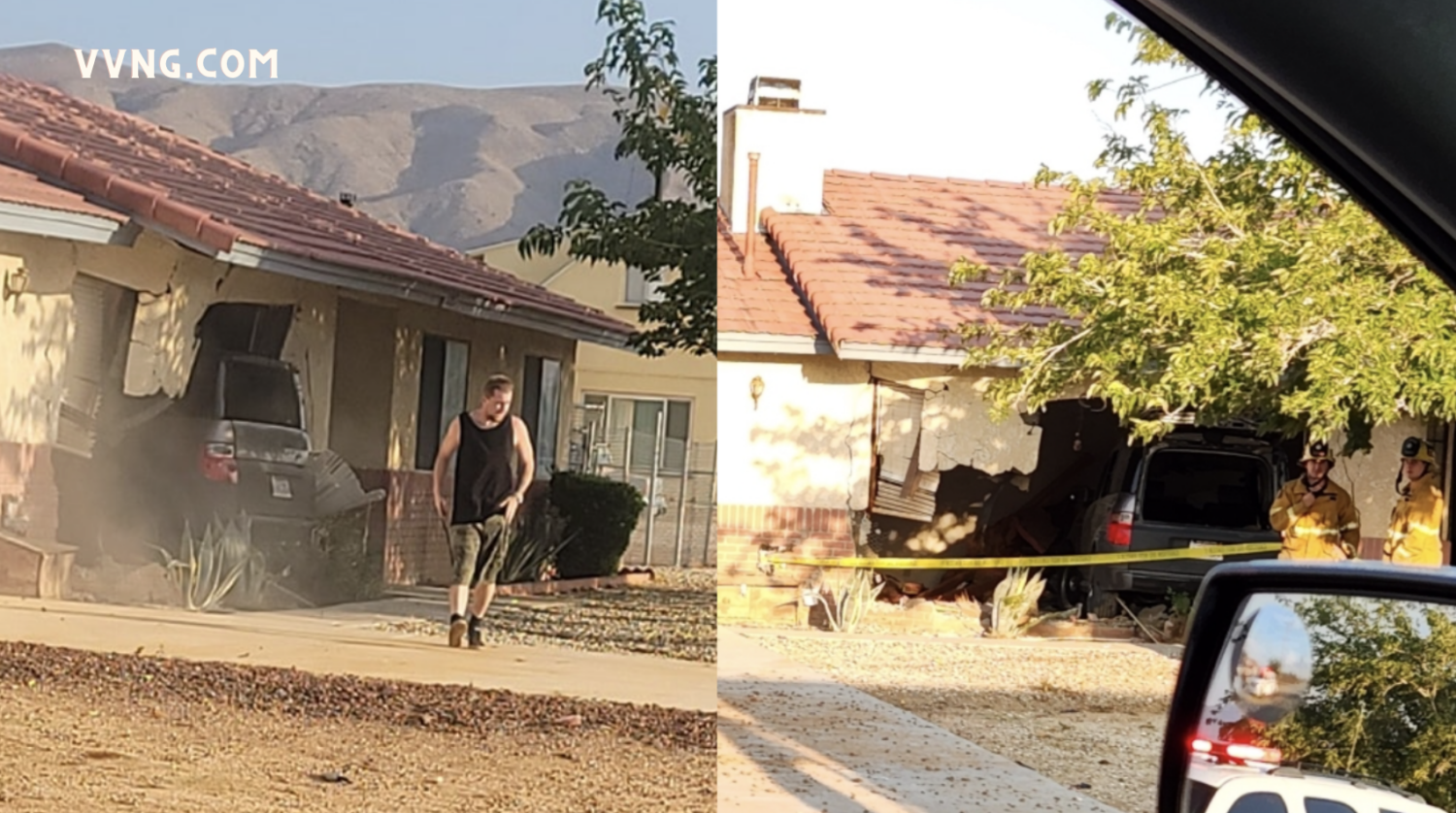 APPLE VALLEY, Calif. (VVNG.com) — A 36-year-old Apple Valley man was arrested for DUI after crashing into a house and leaving the scene.

Sheriff’s spokeswoman Jackie Alban told VVNG deputies responded to a report of a hit and run into a residence. “When they arrived, they found the vehicle in a portion of the living room but no driver,” stated Alban.

The spokeswoman said the driver was later identified as Shane Fuller, a 36-year-old resident of Apple Valley, who was located at his residence and found to be under the influence of alcohol.

According to booking logs, the suspect was arrested at a home in the 11000 block of Navajo Road and is no longer in custody. He was cite released at 9:20 am, the following morning.