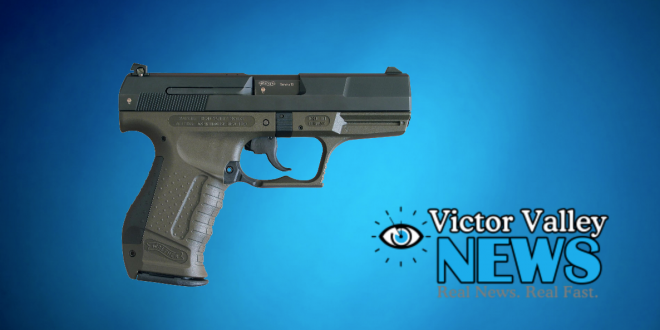 APPLE VALLEY-(VVNG.com): Just before 4:50 a.m. on Sunday, December 13th, deputies from the Apple Valley station were dispatched to the 21300 Bear Valley Road for an accidental shooting. During the call the dispatcher received information that the intoxicated male was “messing around with the gun” when he accidentally shot himself in the upper right thigh.

The 34-year-old man and female friend, according to scanner traffic, passed the phone back and fourth during the 911 call. The female also told the dispatcher that she had no idea where the gun was.

The man was transported to Arrowhead Regional Medical Center for non-life-threatening injuries.