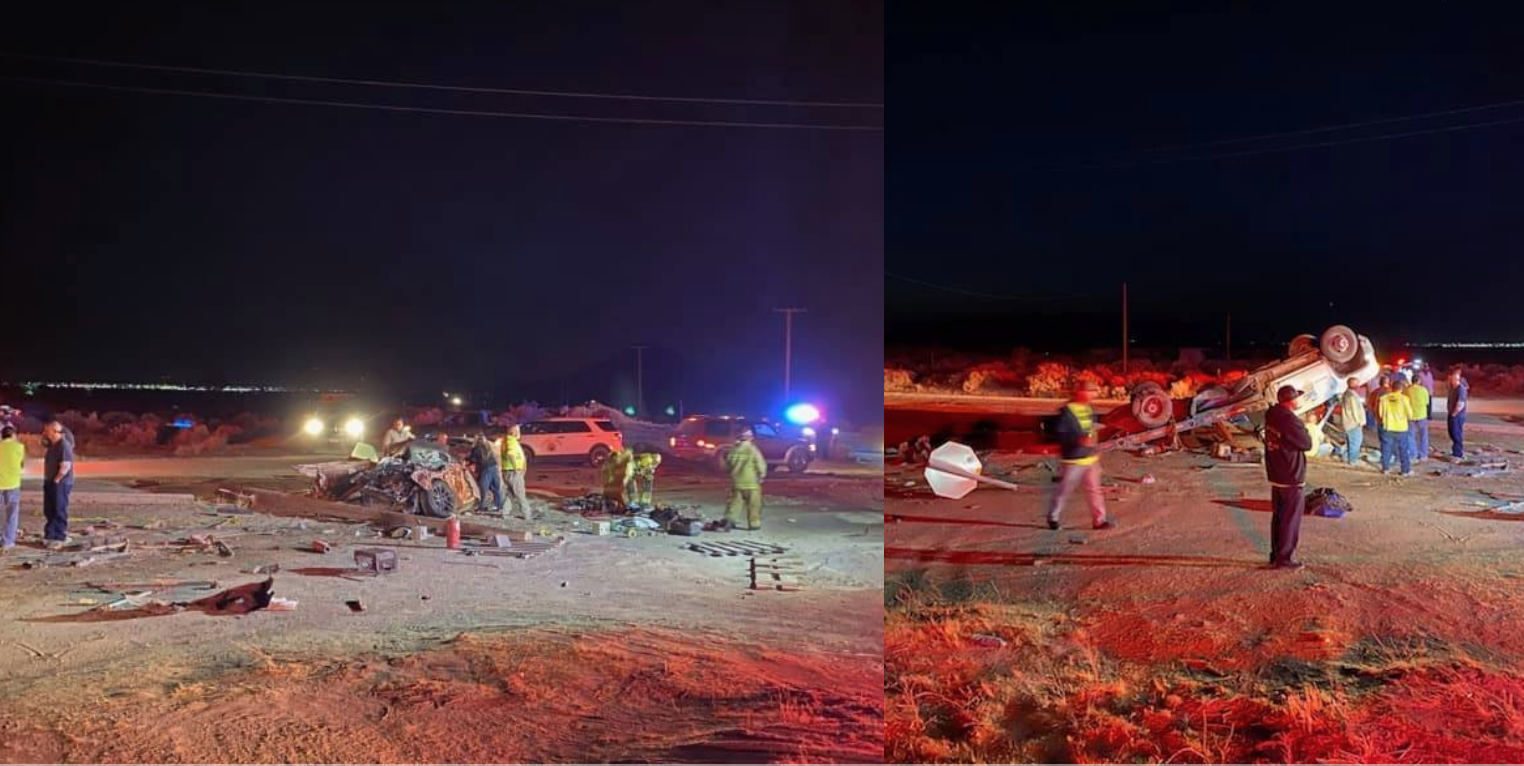 It happened at about 5:30 AM on September 28, 2020, at the intersection of Dale Evans Parkway and Stoddard Wells Road.

Sheriff’s officials said a 46-year-old male from Bell Gardens was driving a white 2015 GMC Sierra pickup truck east on Stoddard Wells Road and came to a stop at the stop sign at Dale Evans Parkway.

According to a news release, the GMC failed to yield to traffic and entered the intersection causing an orange 2020 Dodge Challenger traveling northbound to broadside the GMC.

As a result of the collision, the Dodge Challenger sustained major front-end damage and the GMC truck rolled over.

Officials said the driver of the GMC truck suffered minor injuries and was transported to St Mary Medical Center.

Good Samaritans at the scene attempted life-saving measures on the driver of the Dodge as well as deputies and medical personnel. He was rushed to a nearby hospital where he later succumbed to his injuries and was pronounced deceased.

Sheriff’s officials said the identity of the deceased male was being withheld pending notification of next of kin.