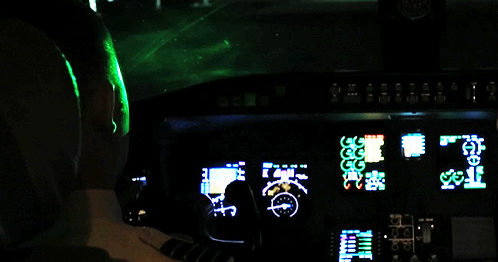 It happened on March 10, as sheriff’s helicopter 40king and it’s flight crew patrolled over the Town of Apple Valley at about 8:30 pm.

According to a sheriff’s news release, the crew was struck multiple times by a green laser and using their FLIR camera, they were able to locate the subject in a vehicle at 21960 State Highway 18 Outer Highway.

Deputies responded to the location and identified Vincent Orona as the suspect and were also able to recover the laser used to point at the aircraft.

Orona was arrested for a violation of Penal Code Section PC247.5 Discharge of Laser at Aircraft and was transported and booked into the High Desert Detention Center.

[box type=”warning” align=”aligncenter” class=”” width=””]The San Bernardino County Sheriff’s Department would like to remind the public that pointing any type of laser at an aircraft in operation, while in motion or in flight, could severely damage the pilot’s ability to control the aircraft safely. It is, therefore, a felony in the State of California and is also a Federal offense. [/box]