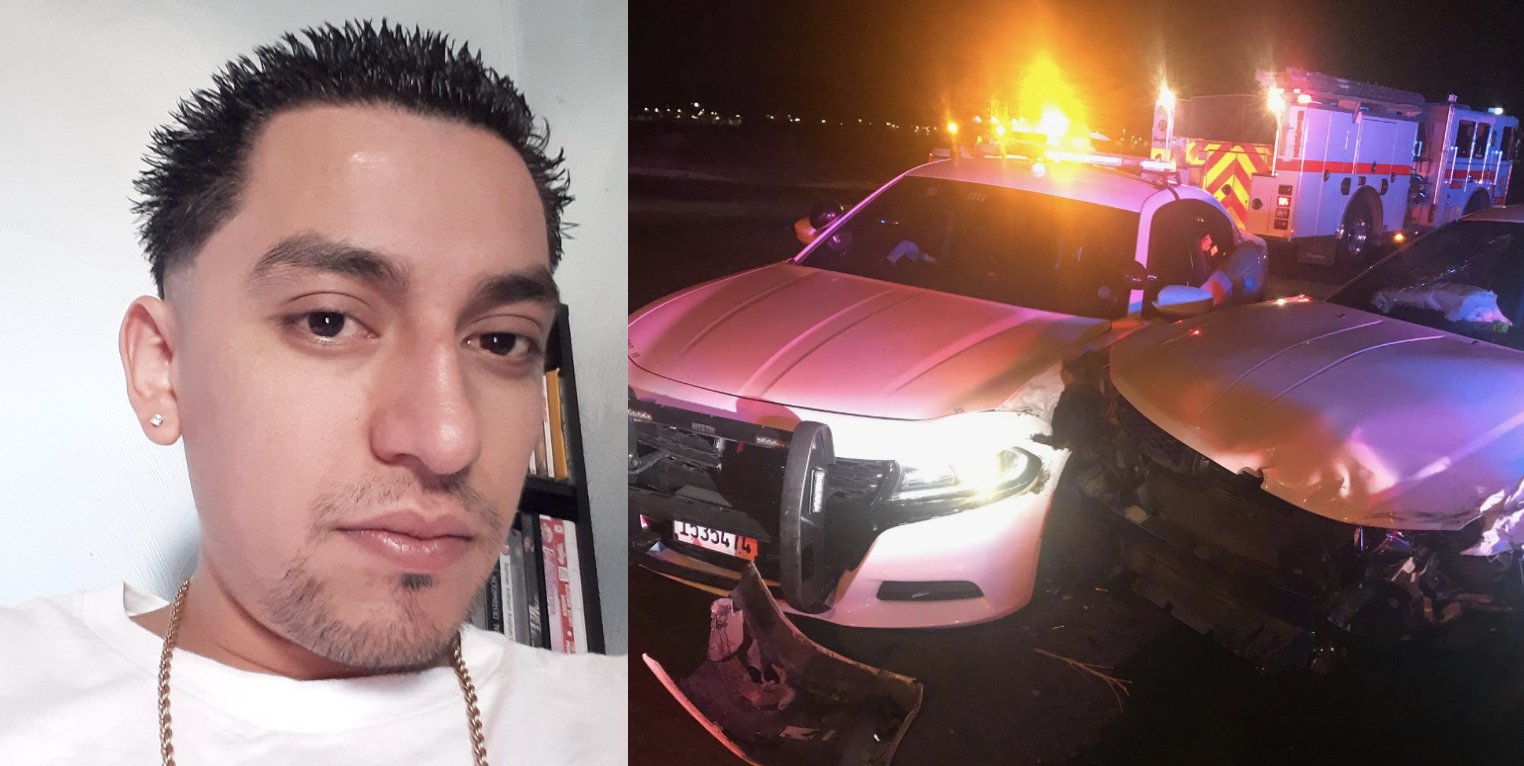 APPLE VALLEY, Calif. (VVNG.com) — Police arrested a 30-year-old man after he fled the scene of a crash, lead deputies on a pursuit, and crashed into a patrol vehicle, all while under the influence of alcohol, officials said.

It happened at about 10:45 PM on Sunday, August 30, 2020, in the area of Dale Evans Parkway and Thunderbird Road in Apple Valley.

The 25-year-old female victim told police she was stopped a the stop sign when a white Dodge sedan turning left from eastbound thunderbird onto northbound Dale Evans Parkway collided with her vehicle. Sheriff’s officials said the driver of the sedan continued north on Dale Evans and did not stop to exchange insurance information.

A witness called sheriff’s dispatch and gave a license plate number of the Dodge. Deputies learned a possible address the Dodge was registered to and additional deputies responded to that address.

As the pursuit neared the original traffic collision scene, the driver of the Dodge did not slow down and did not veer away from the scene. The driver identified as, Stevie Ramirez, a resident of Apple Valley, clipped the woman’s vehicle a second-time and slammed into a parked patrol car, officials said.

According to a news release, “the patrol car was parked with all it’s emergency lights on and in a manner to help warn other vehicles of the disabled vehicle and protect them from driving through debris.”

Stevie Ramirez was detained without incident and treated at the scene by paramedics for minor injuries as a result of the collision.

Ramirez was arrested and booked at the High Desert Detention Center for: