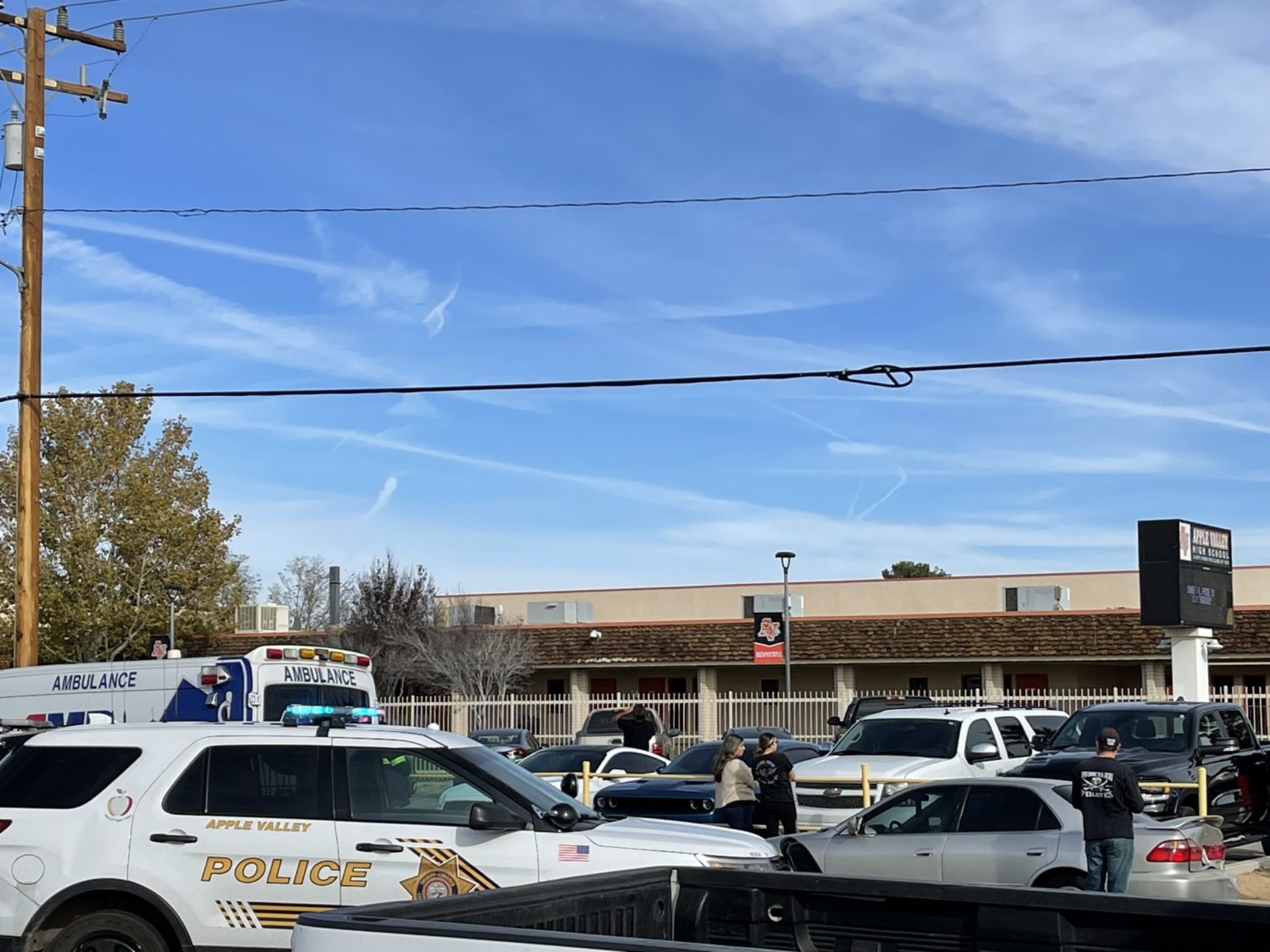 Apple Valley Unified School District Zoee Widener said a lockdown was initiated this afternoon during lunch out of an abundance of caution and additional information would be updated when available.

According to initial reports, a call was made to local law enforcement with a threat of a weapon at the school.

A swarm of law enforcement descended on the school and conducted a thorough search of the entire campus as students were ushered into buildings and ordered to shelter in place.

A California Highway Patrol helicopter and a small plane also responded and assisted ground units with aerial support. A couple of ambulances were ordered to respond and stand by the Apple Valley Fire Department.

Meanwhile, dozens of worried parents lined up outside of the school gates eagerly awaiting for their children to be released.

By about 1:45 pm, law enforcement gave the all-clear and the command post was broken down.

AVHS officials sent parents a text advising them the lockdown had been lifted and the report of a weapon on campus was unfounded. Student dismissal was planned to continue as normal.

UPDATE – School officials told VVNG the same phone number that was reported to the Sheriff’s Department today has been connected to a previous hoax incident at another high school in San Bernardino County. As in all cases, we follow a well-established protocol to ensure the safety of students and staff. In all cases, if you see something, hear something, or sense something, say something.