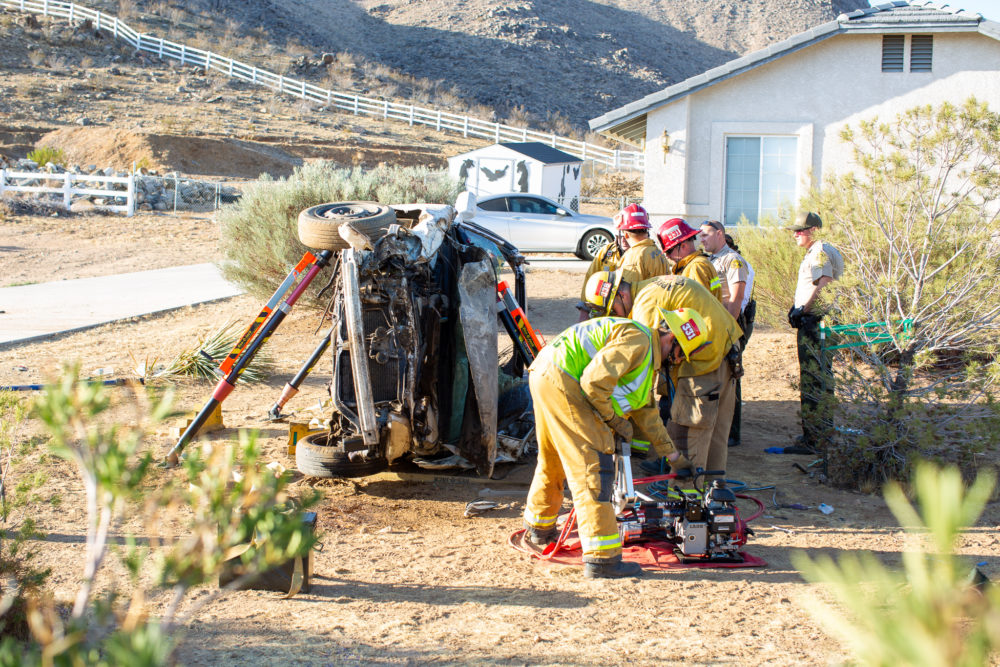 APPLE VALLEY, Calif. (VVNG.com) — Firefighters with the Apple Valley Fire Protection District had to free a man from his wrecked vehicle Monday afternoon.

Isaiah Fullington said he was on his way home when he witnessed the dramatic crash through his rearview mirror.

“It was a shadow almost, like it just went up, and after it went airborne I saw it landing and just start rolling,” Fullington said.

Apple Valley Fire Protection District’s Battalion Chief Buddy Peratt said they responded and found the vehicle on its side with the need for “extensive extrication.”

In addition to AMR and Apple Valley Police, Perrat said that a truck company, a rescue truck, and a battalion chief responded to the incident.

A woman who followed the vehicle from eastbound Highway 18 told authorities the man was driving fast and reckless just before the crash.

“Once the patient was extricated, he was taken to St. Mary’s Medical Center where he was flown by San Bernardino County H325 to a trauma center down the hill,” stated Peratt.

Authorities shut down Rimrock Road near Serrano Road for an investigation. The man’s condition is unknown as of Monday evening.