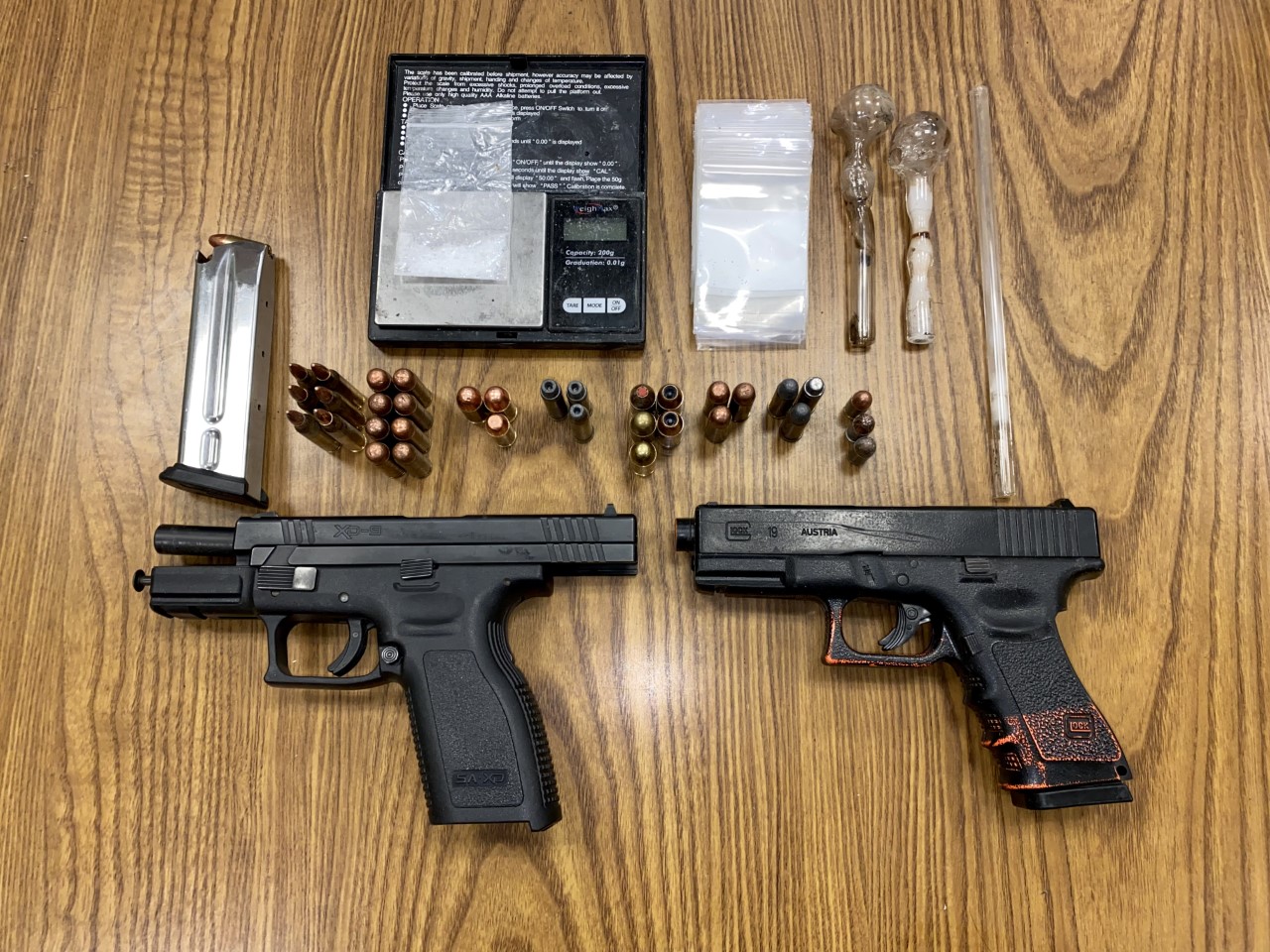 APPLE VALLEY, Calif. (VVNG.com) — A previously convicted felon released on bail is back in jail after police found him with drugs, guns, a stolen U-haul truck, and a trailer in the Town of Apple Valley.

It happened on Friday, February 11, 2022, when investigators responded to High Desert Auto Care and learned the suspect identified as 50-year-old William Michael Hayes, a resident of Apple Valley rented the truck and was several days past its scheduled return date.

San Bernardino County Sheriff’s investigators visited his home in the 14000 block of Lakota Road where they located Hayes loading property into the U-Haul, officials said. Parked next to the U-Haul was a spray-painted utility trailer, which investigators discovered was stolen from Crestline, California.

“Upon further investigation, Hayes was found to be in possession of a loaded firearm, ammunition, and methamphetamine,” stated a sheriff’s news release.

Sheriff’s officials said both the U-Haul truck and utility trailer were returned to their rightful owners.

Hayes is currently being held on a combined total bail of $100,000 and is scheduled for a pre-liminary hearing in a Victorville courtroom on Februay 15th.

Anyone with information about this investigation is asked to contact Deputy Rollins or Sheriff’s Service Specialist Reynolds at the Apple Valley Police Department at (760) 240-7400 or Sheriff’s Dispatch at (760) 956-5001. Callers wishing to remain anonymous are urged to call the We-Tip Hotline at 1-800-78CRIME (27463) or you may leave the information on the We-Tip website at www.wetip.com.