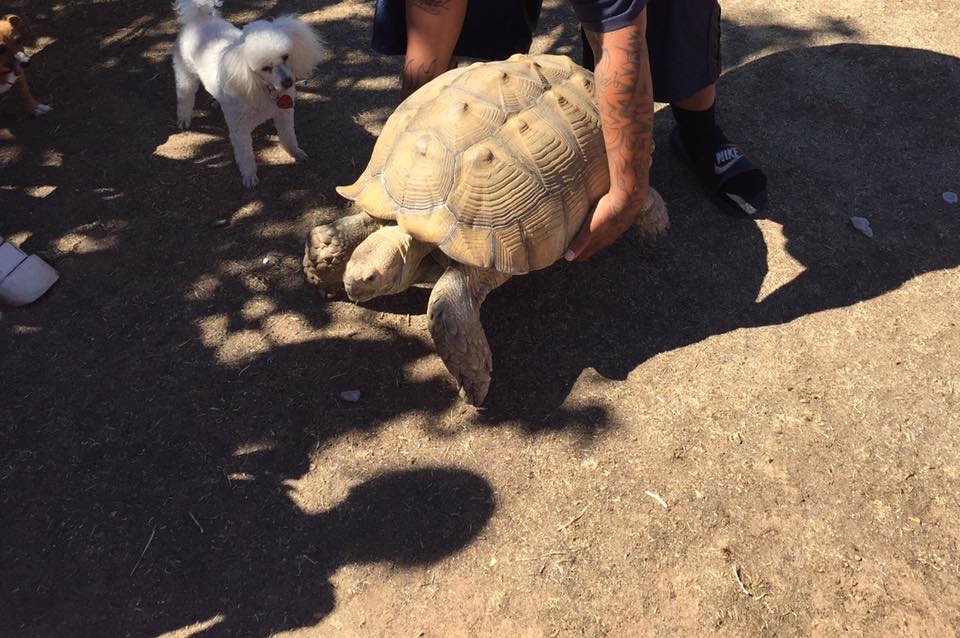 APPLE VALLEY-(VVNG.com): An Apple Valley woman posted to Facebook when she located a tortoise in the area of Central and Thunderbird Roads in Apple Valley. She posted to various High Desert Facebook pet groups hoping to locate the owners, but eventually when no one stepped forward to claim the tortoise so she sent him to a tortoise sanctuary.

After sending him on his way and hoping for the best, the woman, identified as Veronica Valdez posted again to Victor Valley News. When posting, she was  hoping that if someone was looking for their pet that they would now know where their tortoise was.  Valdez said, “I wish I could’ve reunited him with his owner instead of someone having to take him to the sanctuary, but at least he’s safe there. (s)he kept trying to cross the road.

Shorly after the post, the owners of Franklin, a missing Apple Valley tortoise, recognized their family pet by the posted photo. They said that Franklin has been missing for two days from the area of Temecula and Thunderbird Roads in Apple Valley. Excited with locating their missing pet, the family asked for information as to where Franklin was taken so he could be picked up.

Later that evening, after believeing the wrong person picked Franklin up, he was returned to his home to be with his human and pet family members.