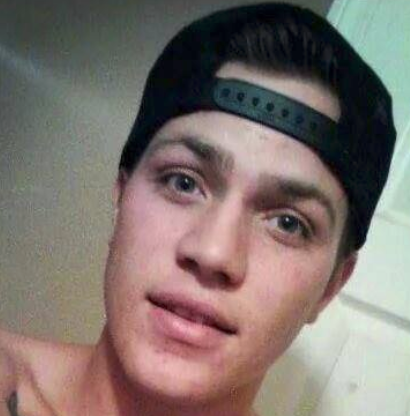 APPLE VALLEY-(VVNG.com):  At approximately 6:15 p.m. on Thursday January 29th there was a report of a collision in the area of Pawnee Rd. and Dotame Ave. The collision involved a small yellow dirt bike and pick up truck. The 19-year-old dirt bike rider, later identified as Apple Valley resident, 18-year-old Aarym Joseph Kelley, was riding south on Pawnee Road.

According to an on-scene witness there was a vehicle in front of him that he attempted to pass.  As he passed on the left side of the vehicle, a 2001 pickup truck was heading northbound on Pawnee Road. The driver proceeded to make a left hand turn before the vehicle that was ahead of Kelley approached the intersection. Kelley, passed on the left hand side of the vehicle and before he could see the truck he slammed into the back passenger side of it.

At the time of the accident Kelley was not wearing a helmet and had no lights on his dirt bike.

The driver of the truck stopped at the scene where Kelley laid on the street, still moving by his destroyed bike. The first responders arrived quickly to the scene to work on the ailing young man. An airship was requested, airlifting him to Arrowhead Regional Medical Center due to brain swelling. Kelley was put on life support and succumbed to his injuries in the afternoon of January 30th. 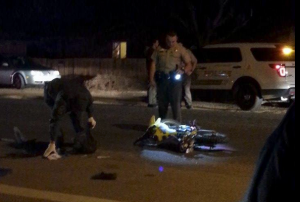 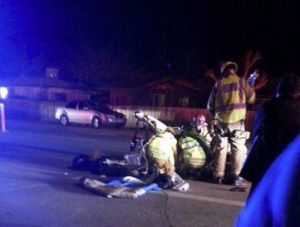 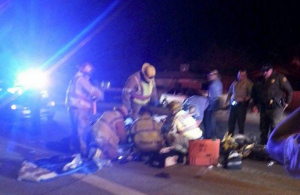