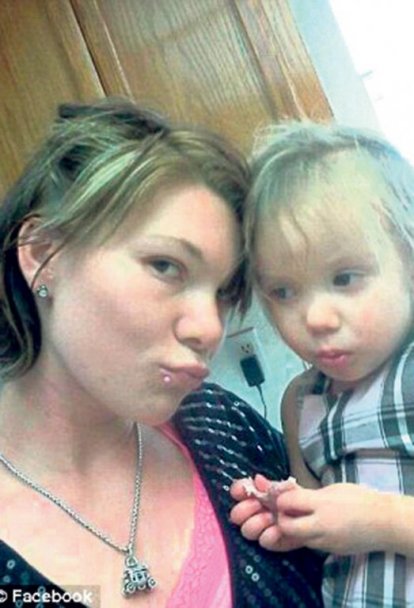 VICTORVILLE-(VVNG.com): Murder or incompetent care taking? The question many in the community had when the heart-wrenching death of a 2-year-old girl surfaced in the media.

Amanda Sorenson, a 24-year-old Apple Valley woman was convicted and was sentenced to 15 years to life for killing her boyfriend’s 2-year-old daughter, Joileen Garcia. At the time of the incident Sorenson had care and custody of the child.

On January 16, 2013 dispatch received a call at approximately 4:16 p.m. reporting that 2-year-old, Joileen Garcia was suffering from what was believed to be a seizure. Upon arriving to the 20000 block of Cayuga Road the child was located and transported to a local hospital where she was pronounced dead.

Shortly into the investigation deputies discovered that Sorenson had given the child chili powder as a form of punishment.  Sorenson was arrested on January 17, 2013, as a result of the incident. Just after the 2013 arrest neighbors indicated previous signs of abuse in the household including yelling and cursing.

Sorenson’s defense attorney throughout the time his client was incarcerated, maintained the belief or at least the story that Sorenson was just naive and did not know that this type of punishment could kill the child.

Sorensen initially put in a not guilty plea in 2013 for the charge of first-degree murder, but later changed her plea to guilty of a second-degree murder charge as part of a plea deal on November 3, 2014. The plea agreement also dropped  the second charge of assault on a child causing death, which if convicted would have carried a sentence of 25 years to life. The sentencing, which was carried out on Monday, January 26th brought loved ones of young Joileen who spoke emotionally prior to the judge reading the sentence.

The family spoke out by saying that there was no amount of time would make justice be served in their opinion, since nothing would take the pain of losing little Joileen away. The sentence was bittersweet to the family that mentioned that Joileen would be celebrating her 5th birthday in just a few short weeks.

Sorensen was remanded to custody of the San Bernardino County Sheriff’s Department to serve her 15 year to life, with the possibility of parole sentence. She was credited for the 750 days of time served and is ineligible for conduct credit. She will be serving her time at the California Institution for Women (CIW) in the city Corona.