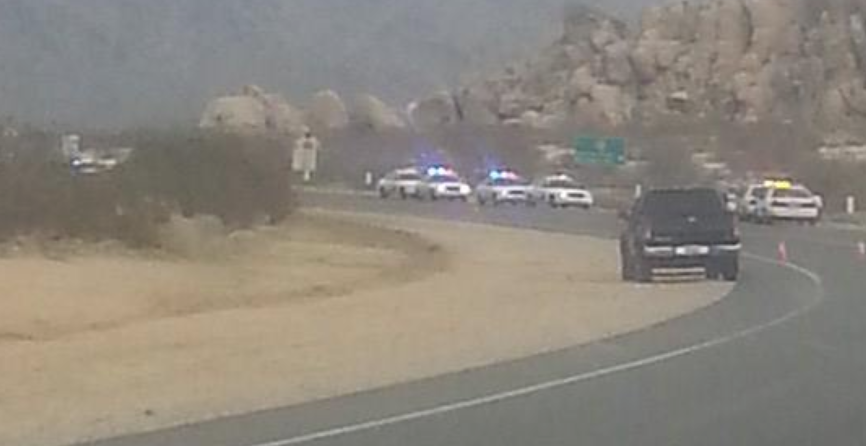 APPLE VALLEY-(VVNG.com): At approximately 12:35 PM on Tuesday, December 30th a high-speed pursuit ensued after Deputy McGee from the Apple Valley Police Station attempted to conduct a traffic stop. The adult male, riding a silver 2003 Kawasaki motorcycle in the area of Pocomoke Road and Minnetonka Road with his female passenger not only failed to yield, but accelerated to speeds of approximately 100 miles per hour.

The motorcycle was chased eastbound on Bear Valley road when the motorcyclist lost control crashing into the desert area of Bear Valley Road and Joshua Road. Upon crashing, Deputy McGee rendered aid until emergency personnel arrived on scene. Both passengers were transported with life-threatening injuries, the male adult driver was airlifted to Antelope Valley Hospital and the female was transported by ground ambulance to a St. Mary’s Hospital where she later succumbed to her injuries.

The collision caused closure both east and westbound on Bear Valley Road between Highway 18 and Joshua Street for investigation. The road was reopened at 6:10 PM to traffic.

The name of the deceased female is withheld pending notification of next of kin. There is no further information available regarding the identity or condition of the adult male driver.