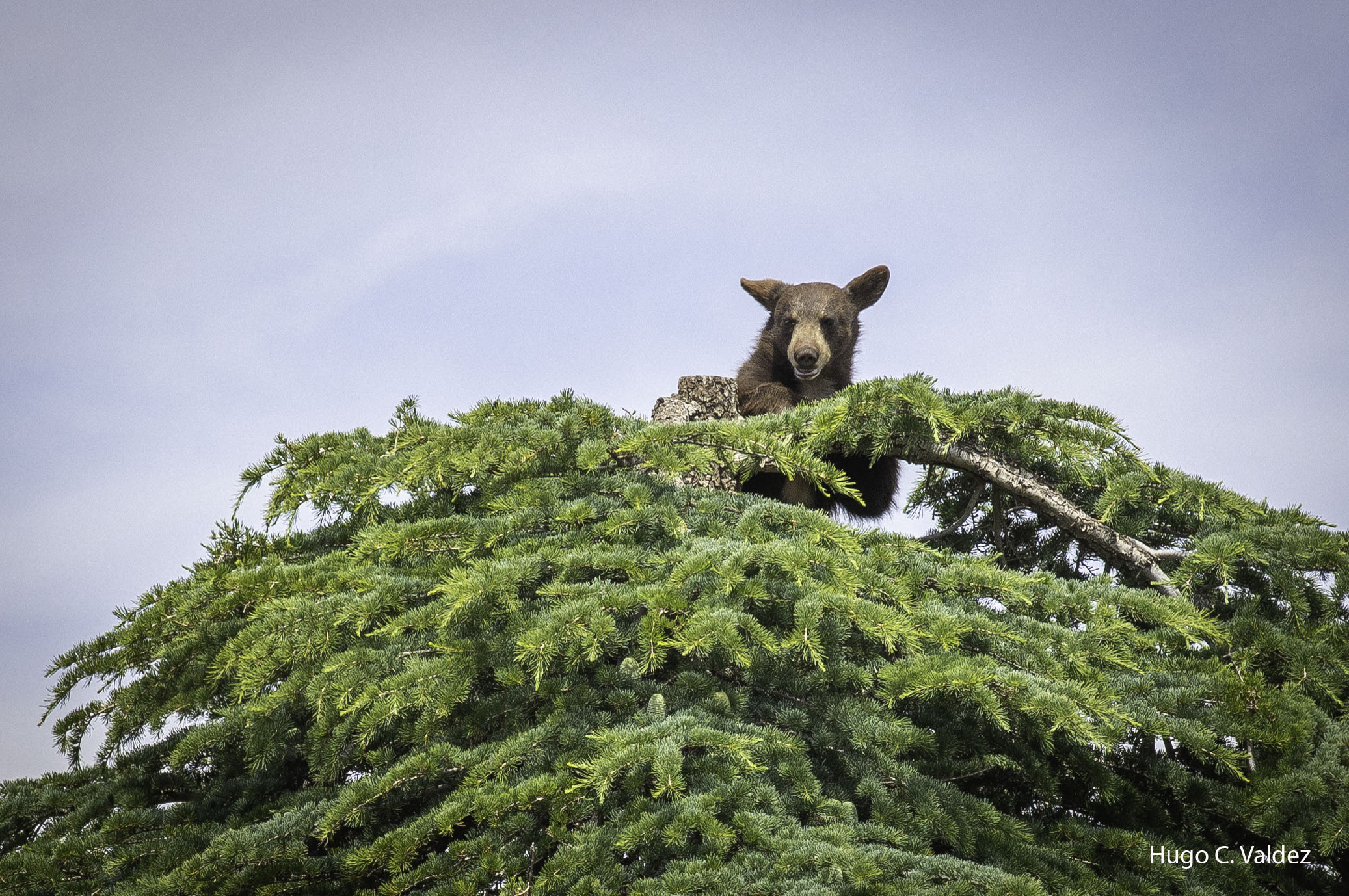 APPLE VALLEY, Calif. (VVNG.com) — It was an interesting morning for residents in Apple Valley after they spotted a bear climbing up a 25-foot tree Monday morning.

For several days residents have shared photos and videos to VVNG showing a bear casually swimming in the lake at Sunset Hills Memorial Park and strolling along through residential streets near the Sycamore Rocks area.

On June 10, 2019, at about 9:00 am Apple Valley Sheriff’s deputies and Animal Control responded to the 14600 block of Pawnee Road reference reports of a bear in a tree.

The Town of Apple Valley posted about the incident and said the CA Department of Fish and Wildlife would be arriving to collect the bear that wandered into town. Residents in the area were advised to bring in their pets and to avoid the area to reduce to risk of starling the bear.

The first attempt to tranquilize the bear was a miss and a second successful attempt was made just before 1:00 pm. Within a couple of minutes the bear was safely down from the tree and on the ground.

A team specialized in dealing with wildlife rushed to administre care to the 185 pound male bear who was reported to be doing well.

The bear was sprayed down with water to help keep him cool before being placed in the back of the Fish & Wildlife Wardens truck. Representatives tagged the bear with a bright orange identification tag before transporting him to a rehabilitation facility.

State officials at the scene estimated the bear to be 2-3 years of age and believe it wandered into the neighborhood from an area near Silverwood Lake.

Dozens of people braced the heat and scorching sun as they watched the scene unfold over several hours. Many of the spectators were long-time Apple Valley residents who said they’ve never experienced anything like this so close to home.