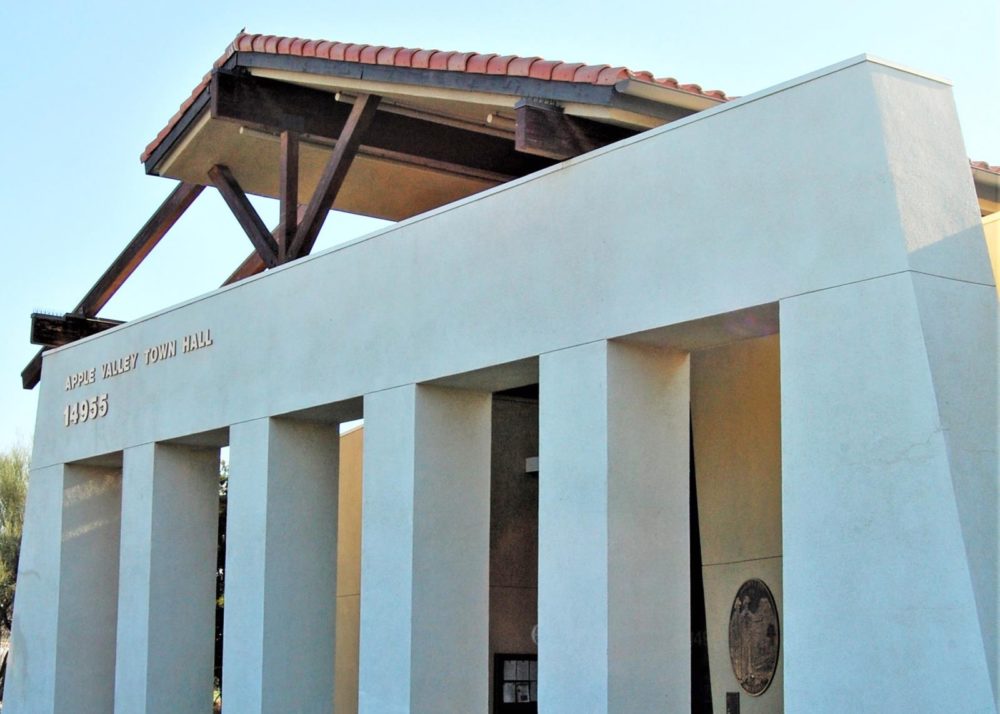 APPLE VALLEY, Calif. (VVNG.com) — The Town of Apple Valley is aware of a planned protest at the corner of Bear Valley and Apple Valley roads on Wednesday, June 3, 2020.

In a Tuesday afternoon news release, Town Manager Doug Robertson said the organizers intend to stay on the sidewalk and that does not require a permit.

According to the release, the Town of Apple Valley has not issued a curfew and will coordinate with deputies to monitor the situation and ensure the safety of residents, businesses, and protestors.

“Businesses that have closed and/or boarded their doors have done so on their own accord, without direction from the Town,” stated the release.

Robertson also mentioned the peaceful protest in Victorville on Sunday and how hours after it had concluded, other persons not affiliated with the organized event attempted some violence in the area but were largely turned away by the Sheriff’s Department.

“The event during the day and the actions later that night were not one in the same,” stated Robertson.

Mayor Scott Nassif said he’s seen a lot of progress toward racial equality and justice locally during the more than sixty years of living in Apple Valley. The Mayor said he’s received emails from residents and students asking for the Town’s leadership and for the Mayor to speak on the recent issues of inequality and unrest that we’ve seen on a national level.

The Town Council is expected to consider a resolution at its June 9 meeting condemning the recent and tragic events surrounding racial inequality and injustice that have gained national attention.

“Apple Valley welcomes and embraces individuals from all walks of life,” added Nassif. “Building an inclusive community is a message we proudly display on several of our entry signs. We must continue to listen, learn and understand one another as we strive to make a better way of life available for all our residents.”

The Town Council also invites comments via email to publiccomment@applevalley.org or by calling (760) 240-7000 ext. 7800 by noon on June 9 in time for the regularly scheduled Town Council meeting at 6:30 p.m. Due to social distancing measures, the meeting is closed to in-person attendance but can viewed online at applevalley.tv or on Spectrum channel 186 or Frontier channel 29.