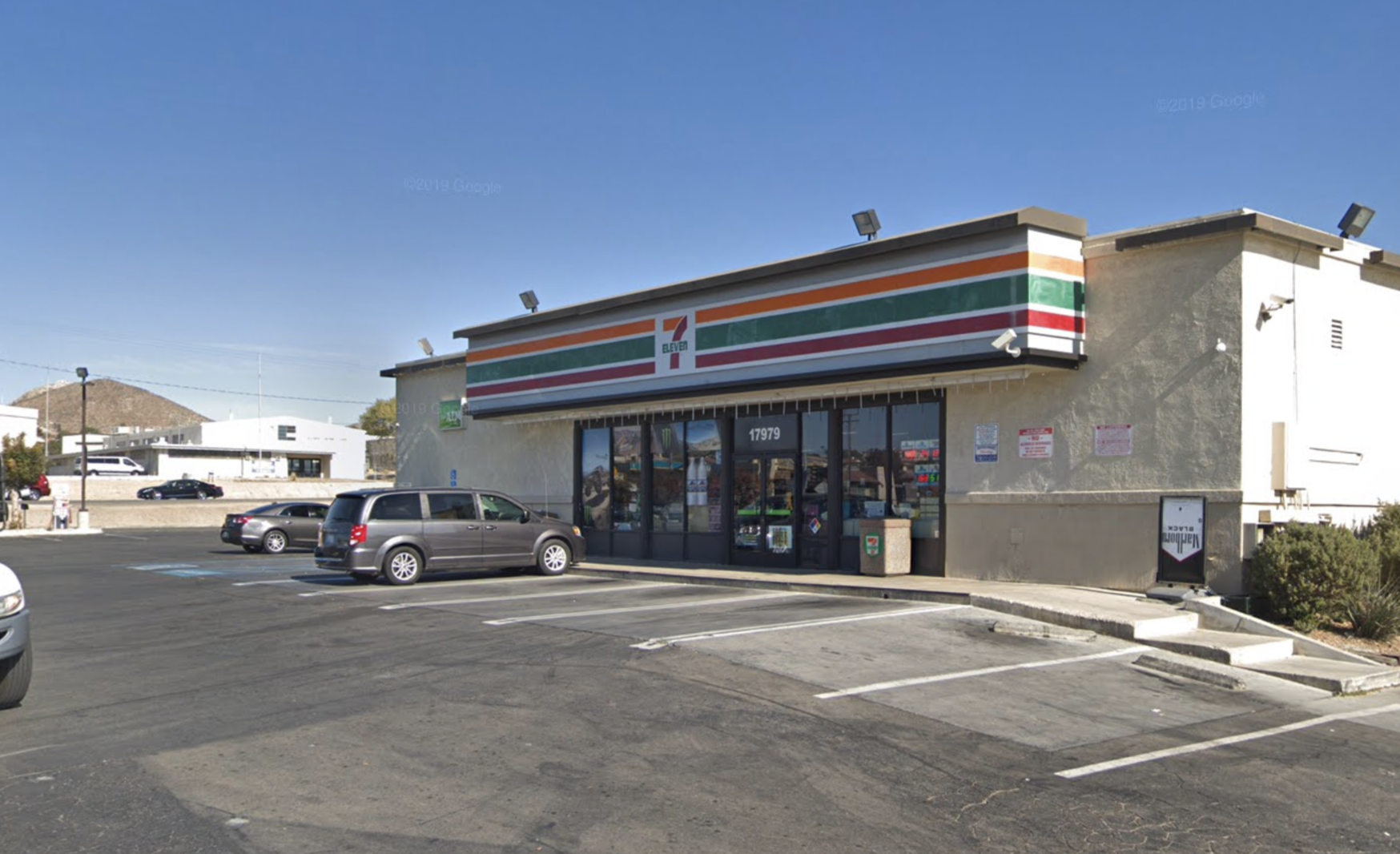 APPLE VALLEY, Calif. (VVNG.com) — Police are investigating after an armed robbery at an Apple Valley 7-Eleven.

According to sheriff’s spokeswoman Jackie Alban, two unknown black males entered the store,  one ordered the cashier and a customer to the ground at gunpoint and the other jumped over the counter taking an undisclosed amount of money from the cash register.

Both subjects fled the scene in an unknown direction.