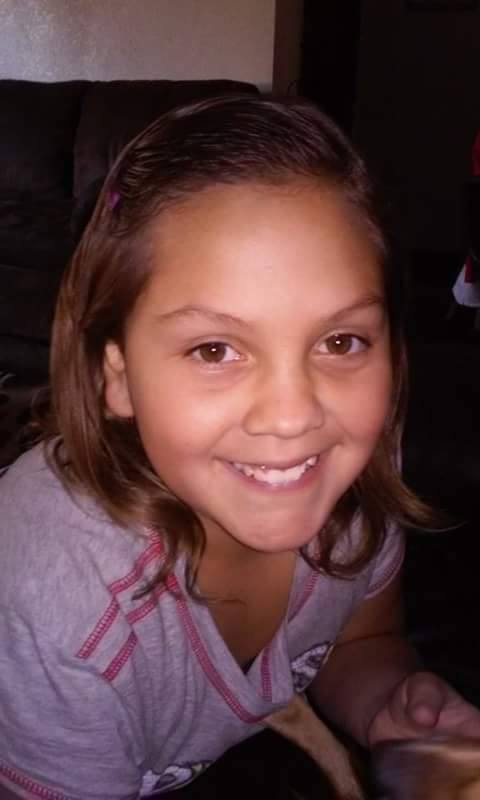 ALBUQUERQUE, NM.-(VVNG.com): An 11-year-old Apple Valley girl lost her life as she was on her way home with her grandparents and older brother on Saturday, December 26th at about 5:00 p.m. after visiting family in Texas. They were on the I-40, just outside of Albuquerque New Mexico, when the weather turned for the worst. The family decided that they would stop and stay in a hotel for the night.

Photo of Malorie with her mother and two older brothers.(submitted photo)

As they drove along looking out for a place to stop, a semi-tractor trailer slammed into the back of their 2012 Mini Cooper. The collision caused a chain reaction involving several other cars and an additional semi-tractor trailer. Authorities said that multiple people were injured and four lives were lost in the deadly collision. One of the lives lost was Malorie “Malibu” Diguardi, a sixth grade honor student at Phoenix Academy.

Malorie was seated at the point of impact causing her to lose her life immediately upon impact. Her grandfather, Joe Tester was driving the vehicle and is currently in the Intensive Care Unit recovering from three broken bones on his spine, and four fractured ribs. Her grandmother Peggy Diguardi Tester is recovering from two fractured ribs, and Malorie’s older brother Manuel Diguardi was left with stitches and a staple to the back of his head.

Malorie’s family and friends are devastated with the loss of their beautiful, cheerful and intelligent little girl. Family said she loved swimming, camping, drawing, playing with friends and spending time with her family. “She was such a smart, funny, happy, loving angel here on earth. Her beautiful smile would light up an entire room,” said Adornetto.

Malorie leaves behind so many that love and will miss her. “She always had something nice to say about everyone. God gave me the most precious gift in the world and for some unknown reason, to me has now taken her back. This is beyond any grief and pain that anyone could imagine,” said Kimberly Diguardi, Malorie’s mother.

Malorie’s mother is now in New Mexico tending to her parents who are still hospitalized suffering from major injuries. She now has to plan to bring her family home, retrieve their belongings from the totalled vehicle, including the gift that her thoughtful little girl chose for her before the tragic collision.

She is now not only left with the tragic death of their beautiful child, but they will also be returning home to the sight of her unwrapped Christmas gifts. The heavy emotional burden is coupled with the unexpected financial burden which includes the unplanned travel costs, time off work, arranging to have Malorie’s body returned home from New Mexico and the burial costs.

Malorie’s aunt has started a Go Fund Me account to help with the expenses. If anyone would like to assist the family during this difficult time the family would appreciate it very much.