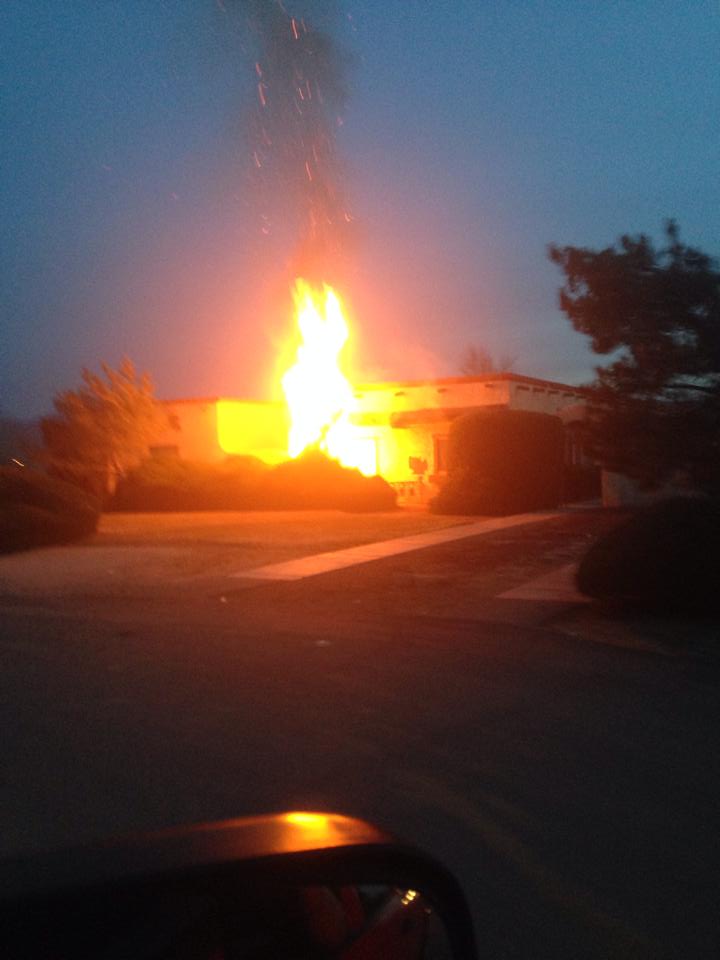 When firefighters arrived to the incident location flames could be seen coming from an apartment building.

Firefighters quickly staged in offensive mode as they worked quickly to put out the fire.

“Looks like it started with shrubs and moved to the garage,” shared Victor Valley News Group member, Joseph Cappellino.

According to scanner traffic, majority of the damage was contained to the attic of the apartment. It took firefighters approximately 20 minutes to put out the fire. No injuries were reported.

South West Gas was requested to respond to the incident in order to repair four meters damaged in the fire.

The exact cause of the fire is unknown at this time, please check back later for more details.