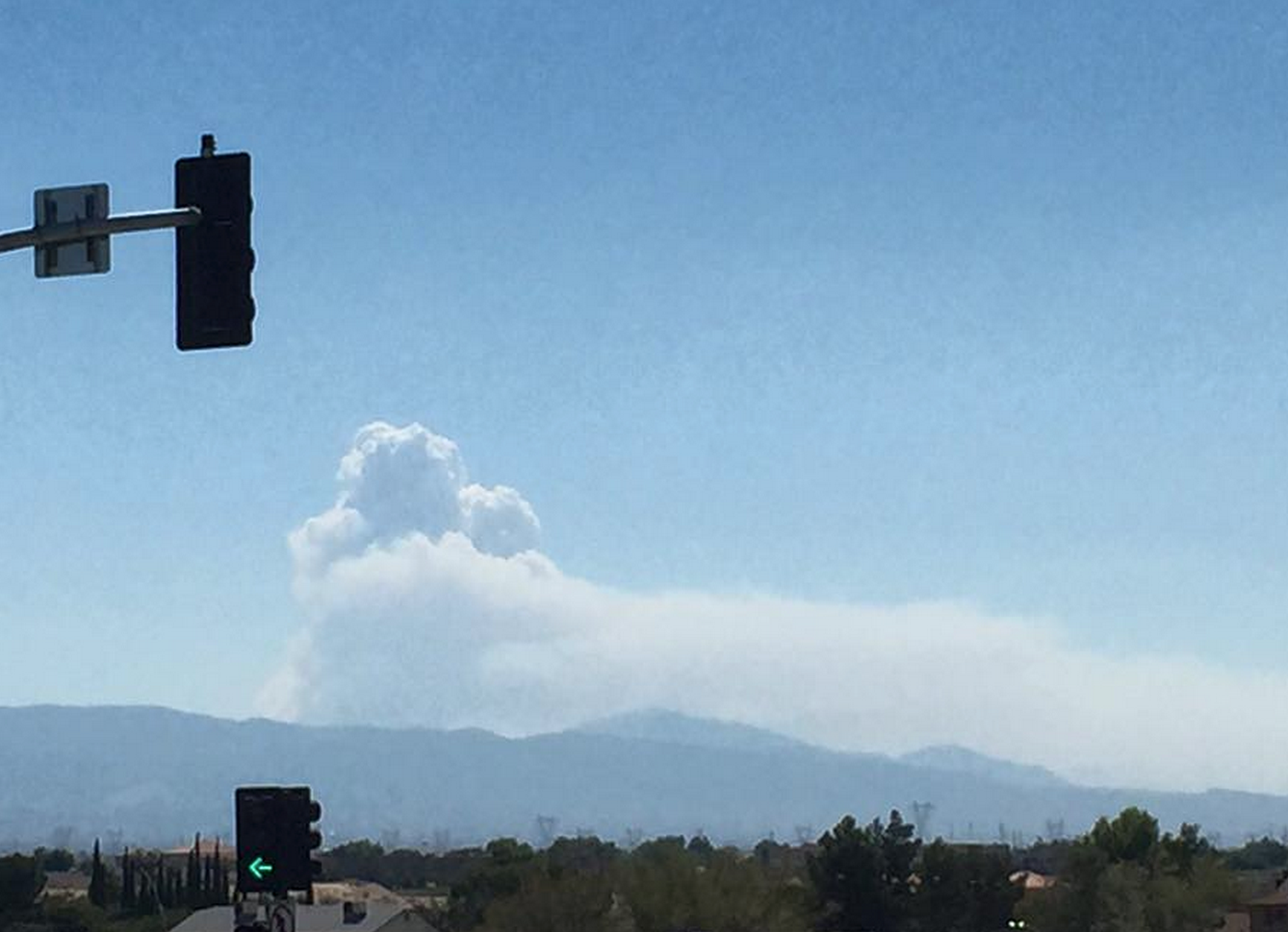 ANGELES NATIONAL FOREST-(VVNG.com): A fast moving blaze in the Angeles National Forest just north of the Glendora area dubbed the “Cabin Fire” was reported at 1:07 p.m.

When firefighters arrived on scene the fire was immediately determined to be putting area structures at risk. By 6:30 p.m. the fire had spread to 900 acres and destroyed one structure. The fire remains at 0% containment. Two firefighters have been treated for heat exhaustion.

The fire began approximately 3 miles north of Rincon and Redbox Road off Highway 39.

According to the Incident Information System (https://inciweb.nwcg.gov/)nine engines, one hand crew and a helicopter are on scene with a total of 130 personnel on scene.

There are currently mandatory evacuations of Hwy 39 to Highway 2. The high temperatures along with the winds are causing some difficulty in containing this fast moving blaze.