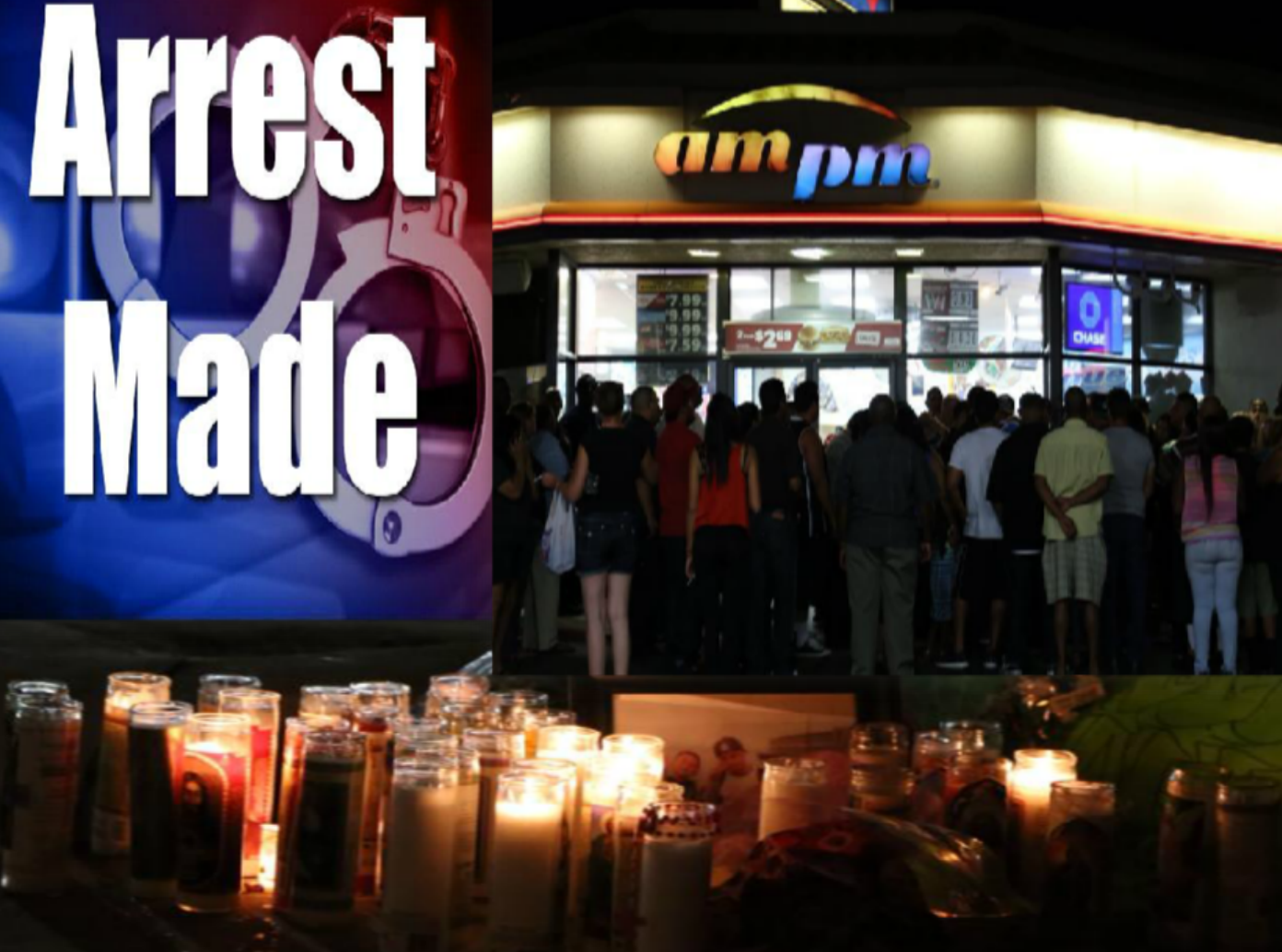 A Person responsible for the murder of Oliveras has been arrested. 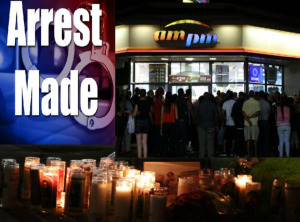 A break in the case takes a murderer off the streets of Victorville.

Detectives were dispatched to the ARCO Ampm on Roy Rogers Dr. on August 11,  where the body of a 26-year-old Arco employee was located.

Daniel Oliveras, a resident of Hesperia, a father of four and soon to be husband was gunned down after finishing his shift at the local Ampm.

Detectives worked rigorously sifting through surveillance video and many witness reports that ultimately led to a “person of interest.”

The search honed down to a male suspect who visited the gas station about 40 minutes prior to the murder. It appeared the subject became angry after being denied access to the store. The security-guard explained to the male subject that customers are not allowed in the store while the clerk is counting the cash drawer.

In the video it appeared the male subject was attempting to force his way pass the guard and through the doors before walking away allegedly disgruntled. The subject was described as a white male between the age of 25-35 driving a white truck.

After his grainy photos reached thousands on social media and news outlets bearing a $10,000 reward, it took only hours before detectives had a lead in the case.

Eric David Robbins was arrested for murder near his home in Victorville  on Friday and was booked for murder in the West Valley Detention Center in Rancho Cucamonga. 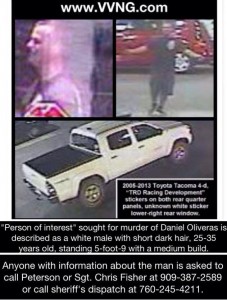 Investigators served a search warrant at Robbins’ residence and obtained further evidence. Police were also seen searching the desert early this morning in a location near Ampm following Robbins arrest. He is the same male subject that was featured in the video arguing with the security guard. The arraignment for Robbins is scheduled for August 27.

To follow this story and more join our live news group with over 18,500 members www.facebook.com/groups/victorvalleynews

The investigation is still ongoing and anyone with information regarding this investigation is urged to contact Detective Matthew Peterson or Sergeant Chris Fisher at (909) 387-3589. Callers wishing to remain anonymous are urged to call the We-tip Hotline at 1-800-78-CRIME (27463) or you may leave information on the We-Tip Hotline at www.wetip.com.

www.VVNG.com For Everything Victor Valley