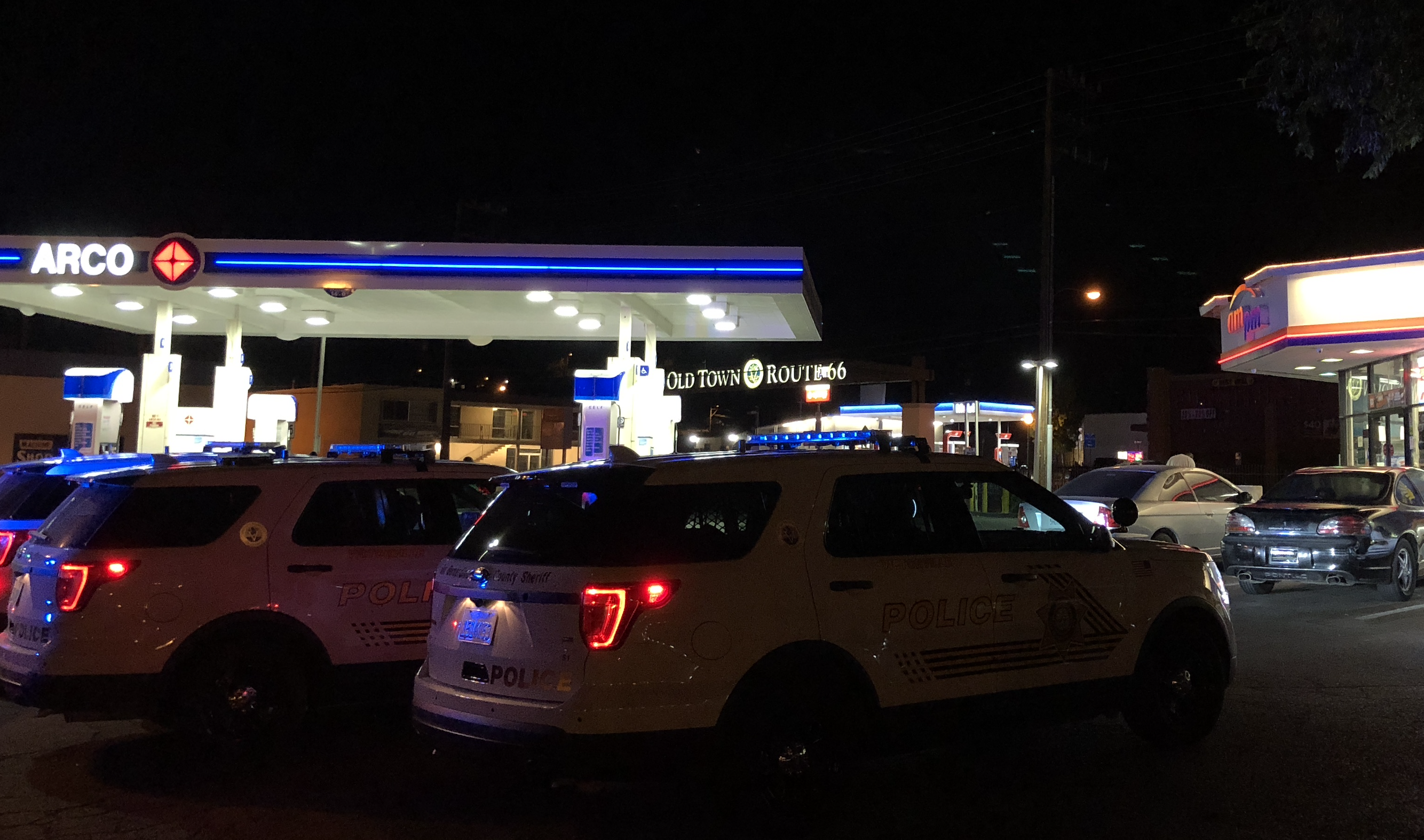 VICTORVILLE, Calif. (VVNG.com) — A gas station clerk was punched in the face multiple times by a shoplifting suspect, officials said.

It happened just before midnight on January 1, 2019, when two unidentified black males entered the AM/PM, on 7th and D Streets in Victorville.

Sheriff’s spokeswoman Mara Rodriguez told Victor Valley News one of the males placed a non-alcoholic beverage in his pocket.

“An employee confronted him about the beverage and the male suspect walked out of the store, without paying for the drink. The second suspect approached the employee and hit him in the face multiple times with his fist,” stated Rodriguez.

Following the assault, both suspects then fled the location in a red vehicle and have not been identified as of this time.

The employee declined medical attention at the scene.