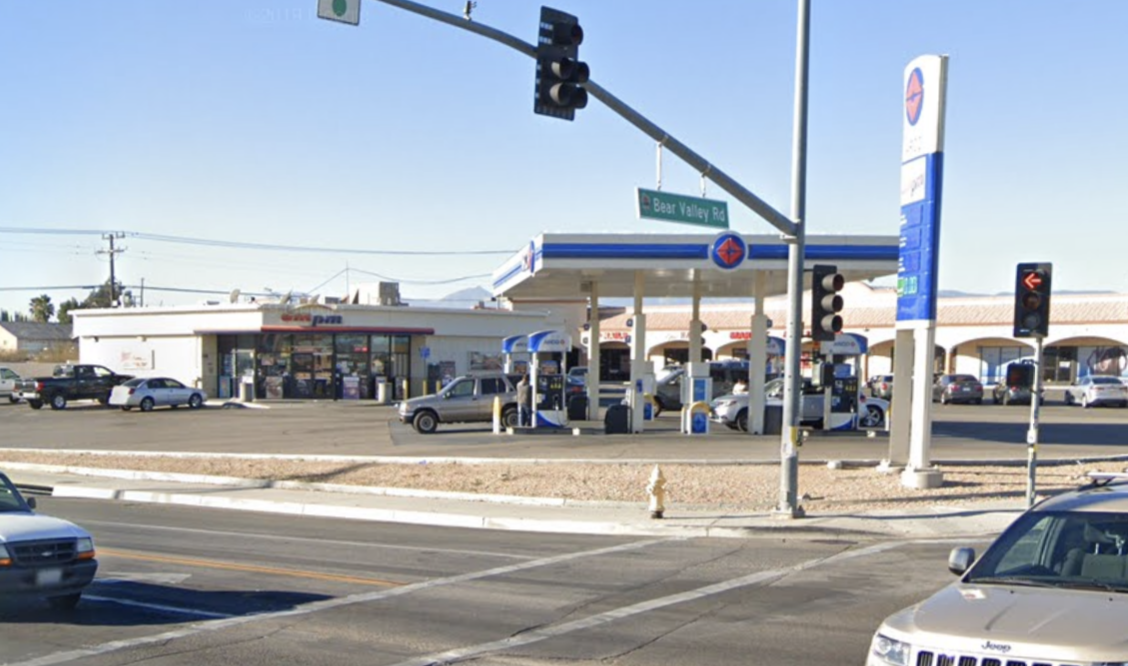 HESPERIA, Calif. (VVNG.com) — A gas station clerk was held at gunpoint and threatened to be shot during a robbery, officials said.

Sheriff’s spokeswoman Taylor Reynolds said the suspect entered the location and pointed a gun at an employee and demanded the employee open the register.

The suspect fled the location in an older model white Chevy Suburban.

The suspect was described as a black male in his mid-30’s, wearing a red and white jersey.

The investigation is still ongoing and anyone with information is asked to call the Hesperia Police Department at 760-947-1500.