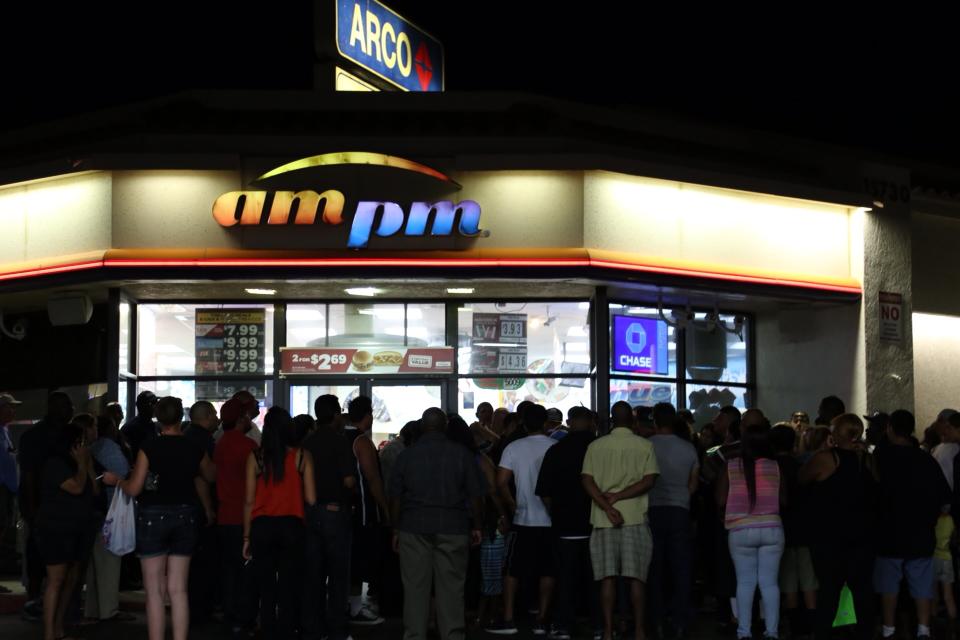 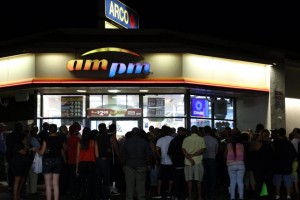 Victor Valley residents gathered outside of the Roy Rogers AMPM Monday night for a candle light vigil to remember a young 26 year old male, Daniel Olivera, a resident of Hesperia, who was fatally shot and killed outside the doors of where he worked as a store clerk.

Family, friends and customers of Olivera are remembering the smile of the young man who leaves behind a fiancé Janet Cruz and four young children;a 6 month , 4 yr , 5 yr and 7 year old.

Olivera was standing outside the front door of the business talking to a security guard after finishing his shift when a bullet struck and killed him.

Witnesses on scene stated they did not see any suspect flee or anything unusual leading up to the homicide. The suspect is believed to have shot from a distance, not at up close range.

Mondays night investigation has not yet lead to an arrest, leaving many unanswered questions and feelings of uneasiness within the community.

Janet Cruz who became a single mother of four children overnight was aired on local television news pleading for anyone with information to come forward and contact authorities.

A donation container at Ampm on Roy Rogers in Victorville where Olivera worked will be accepting donations to assist the family with burial cost. 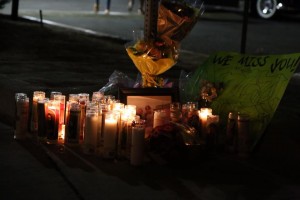 Many candles were left lit in memory of Daniel.

To follow this story and more, please join our live group with over 17,500 members www.facebook.com/groups/victorvalleynews