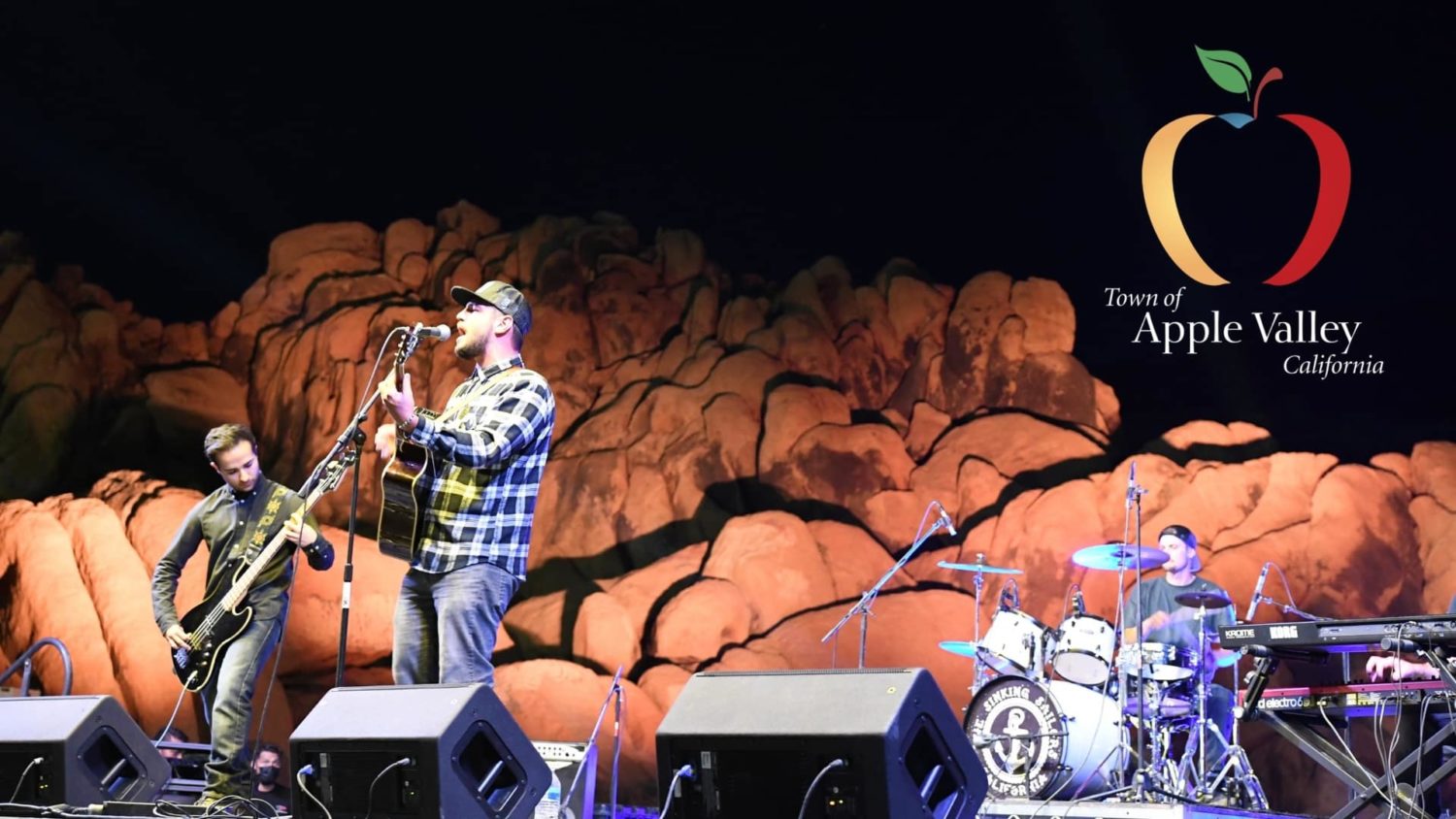 In the afternoon, Chayce was greeted by the Town Council who awarded him with a golden apple, as a symbol of continued prosperity.

“We are so proud of you Chayce,” said Mayor Curt Emick. “And not only are we proud of your on-camera accomplishments and your amazing voice and talents, but we are so proud of how much you’ve grown through the adversity you’ve faced. We wish you continued success as you embark on this amazing new journey.”

The Town Council had some fun with Chayce as they joined him to plant an apple tree in Civic Center Park, in response to his comments earlier in the show that there are no apples in Apple Valley today.

The tree will join an apple orchard to be planted in Civic Center Park in 2022.

Chayce later performed what is believed to be the first open-air concert ever staged in front of the illuminated, majestic rock formations at Horsemen’s Center Park before a crowd of mostly friends, family and event sponsors.

The decision by American Idol to hold the event in the rocks “just fit Chayce’s vibe” said a show producer.

At the direction of the show and network producers, the event was open to a limited-capacity, drive-in crowd following social-distancing guidelines. Segments of the concert will air this Sunday night during the show’s epic finale.

“Chayce and our family are so appreciative of all the support Apple Valley has given him! The whole experience was incredible,” said Windie Clifton-Petersen, Chayce’s mother. “I’m looking forward to Chayce coming home and hopeful we can put together another welcome home concert soon that the whole desert can attend! Chayce would love to play for everyone who supported him here!”

Follow along with Chayce on his official Facebook profile Chayce Beckham and be sure to cast your vote on Sunday evening during the live finale performance when he goes for American Idol gold against two other final contestants.

“Apple Valley is rooting for you Chayce! And to the community, we say, ‘Don’t forget to vote!’” added Mayor Pro Tem Kari Leon.

Related Topics:american idolchayce beckham
Up Next

Suspect in custody after man stabbed multiple times in Hesperia

Victorville Police investigating after man shot shows up at hospital