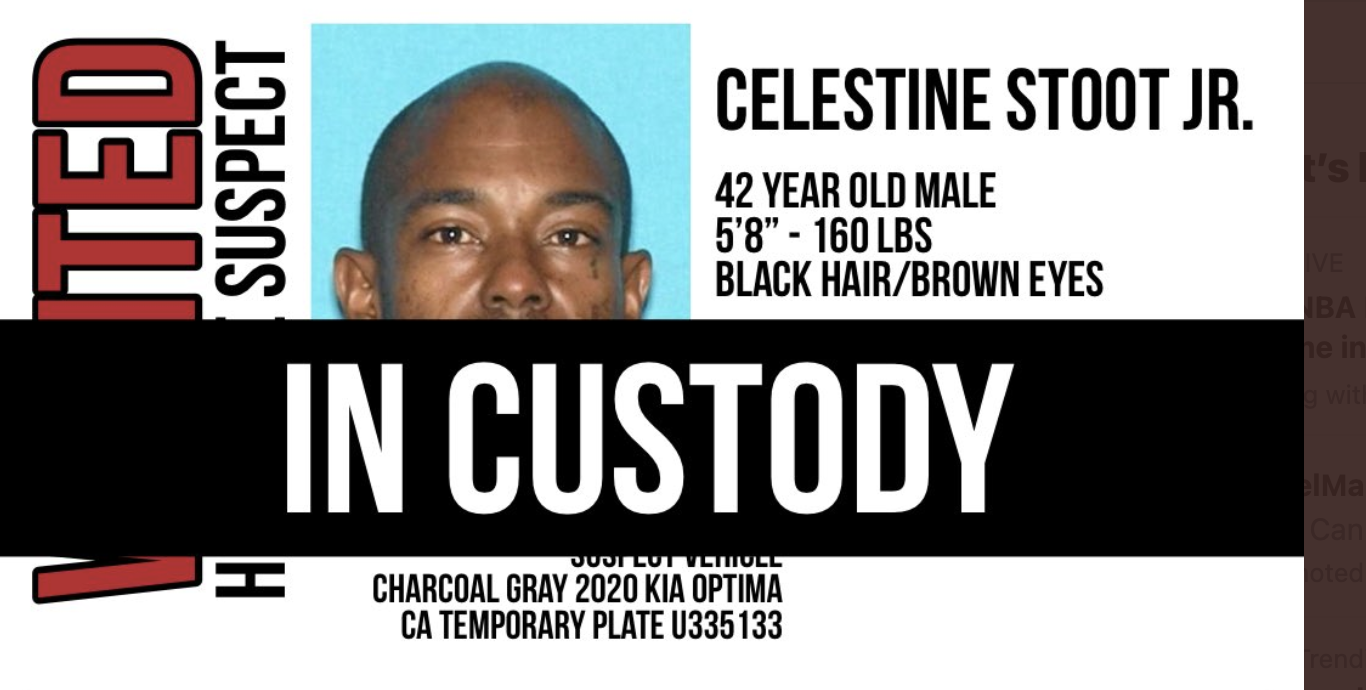 UPDATE: — On 7/6/21 around 5:45 PM Suspect Stoot & his 2-year-old son were located in Las Vegas, NV. Stoot was taken into custody without incident. Celestine Stoot III, the 2-year-old son of the suspect, was unharmed. Law enforcement is in the process of reuniting him with his family.

Suspect Stoot will be booked into the Nevada County Jail pending his extradition to Riverside County.  This is still an active and ongoing investigation with no further update available.

LAKE ELSINORE, Calif. (VVNG.com) – Authorities have issued an Ambert Alert for a 2-year-old boy taken by the father who is also wanted for killing the child’s mother in the Lake Elsinore area.

The suspect, 42-year-old Celestine Stoot Jr. and he may be driving a charcoal gray 2020 Kia Optima with plate 8VGU461, or temporary license plate U335133.

Stoot Jr. was described as being a Black man with black hair, brown eyes, about 5 feet 8 inches tall and 160 pounds. He is considered armed and dangerous.

If seen, please dial 911. Do not attempt to make contact.