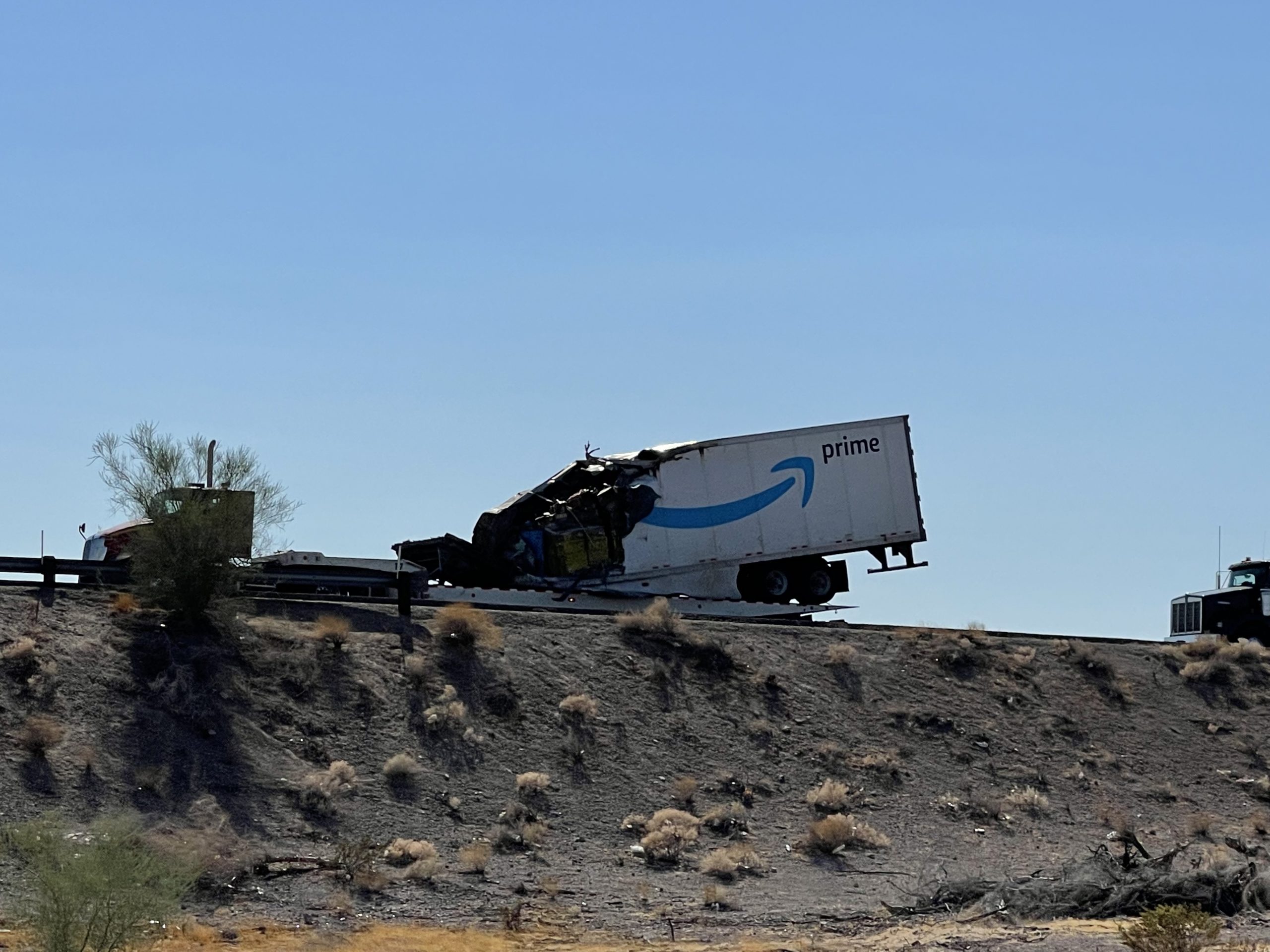 BAKER, Calif. (VVNG.com) — Traffic on the southbound I-15 near the town of Baker remains backed up for several miles on Tuesday after an Amazon truck caught fire overnight.

According to the California Highway Patrol incident logs, CalTrans was requested to respond for a hard closure of the #2 lane required in order to allow for recovery of the semi.

Travelers who decided to wait one more day in Las Vegas and beat the holiday traffic we’re at a near standstill for approximately 4-5 hours as they travelled through the town of Baker in triple digit temperatures.

Workers remained at the scene of the Amazon truck fire for most of the morning and afternoon as they worked on clearing up packages and debris that scattered across the freeway.

At about 2:44 pm, a separate semi fire was reported along the northbound I-15 near the Zzyzx Rd offramp. The driver of the semi was able to unlatch the trailer and kept the fire from spreading to the cab.

Per CHP logs, the trailer was hauling flooring tile. Smoke from the fire prompted a brief closure of the no. 1 and no. 2 lanes on the northbound side.

No injuries were reported in either incident and both remain under investigation by the California Highway Patrol.