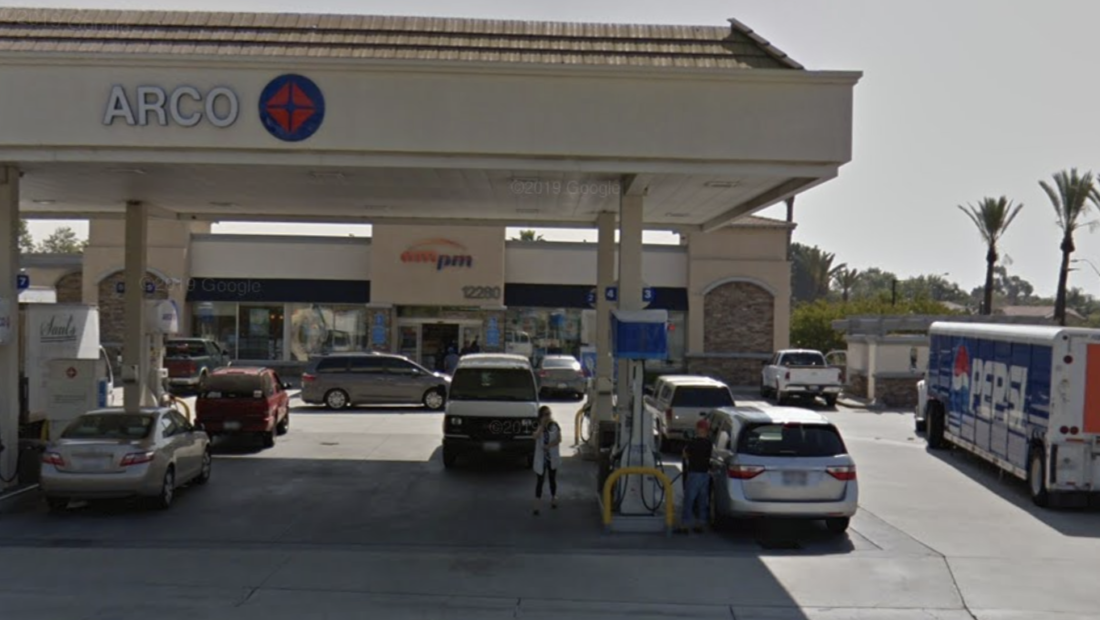 RANCHO CUCAMONGA, Calif. (VVNG.com) –Rancho Cucamonga Police said they arrested a 39-year-old man after an altercation over wearing a mask escalated into an assault with a deadly weapon.

At about 1:00 PM deputies responded to the location regarding a disturbance involving the store manager and a customer, later identified as Scott Thomas, 39-years-old, resident of Montclair.

Gas station employees reported the suspect was upset because he was refused service for not wearing a mask properly inside the store and threw a display rack at the victim.

The disturbance between the two escalated outside the store when the victim stood behind Thomas’ truck in an attempt to get a picture of the license plate. Thomas put his truck in reverse and accelerated, stated officials.

“The victim jumped inside the bed of the truck for safety because Thomas would not slow down enough for him to jump off safely. Thomas drove erratically for about a mile, accelerating and slamming on his brakes several times before he pulled over, grabbed the victim and threw him to the ground,” stated the news release.

Deputies conducted an area check and found the victim near Vintage Avenue and Rochester Avenue. Deputies also located the Thomas in his truck and attempted a traffic stop. Thomas failed to yield and continued to drive to his girlfriend’s house nearby where he was arrested. Thomas was booked in at the West Valley Detention Center where he remains in custody on $50,000 bail.

Medical aid responded and the victim was treated at the scene for minor injuries and released.

Anyone with information regarding this investigation is urged to contact the Rancho Cucamonga Sheriff’s Station. Callers wishing to remain anonymous can call the We-tip Hotline at 1-800-78-CRIME (27463) or you may leave information at www.wetip.com.

Related Topics:crimefightmaskRancho Cucamonga
Up Next

2 homeless women arrested for possession of stolen vehicle in Victorville