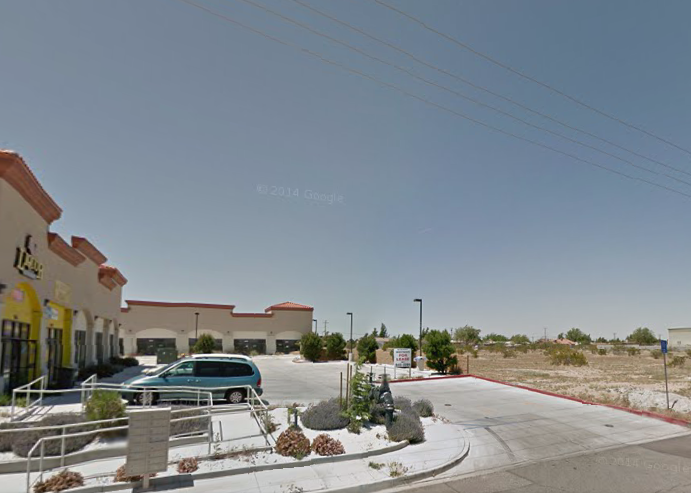 HESPERIA-(VVNG.com):  At approximately 1:20 A.M., on Friday, March 20th gunshots were fired at the outside of the Xhale Hookah Lounge in the 11100 block of Hesperia Road. Patrons reported hearing the gunshots following an altercation between several Hookah Lounge customers according to an on scene witness.

Moments after the gunfire the gunman fled from the scene, in a grey vehicle, believed to be a Chevrolet Impala. The shooter is described as a thin Hispanic male in his early 20’s, and about 5’7″.

Contrary to reports from another local news source, two victims were in fact shot during the gunfire. According to witnesses, one person was shot in the hand and the second victim, a 19-year-old male laid on the ground suffering multiple gunshot wounds to the lower extremities of his body.

Per scanner reports, the young male victim that was shot several times and was transported by private vehicle to Victor Valley Global Medical Center where he was later airlifted to a trauma center.

“That guy did not look good. His friend was dragging his lifeless body into the hospital,” said Sara Frances.

The 19-year-old male victim that was shot multiple times, is currently in stable condition. The bullets exited his body and missed his arteries, stated a family relative.

San Bernardino County deputies responded and were at the scene promptly following the reports of shots fired. Air and ground units followed up with a ground and aerial search for the suspect vehicle.

There is no further information regarding arrests made or the condition of the second victim at this time. Information will be updated as it is received.