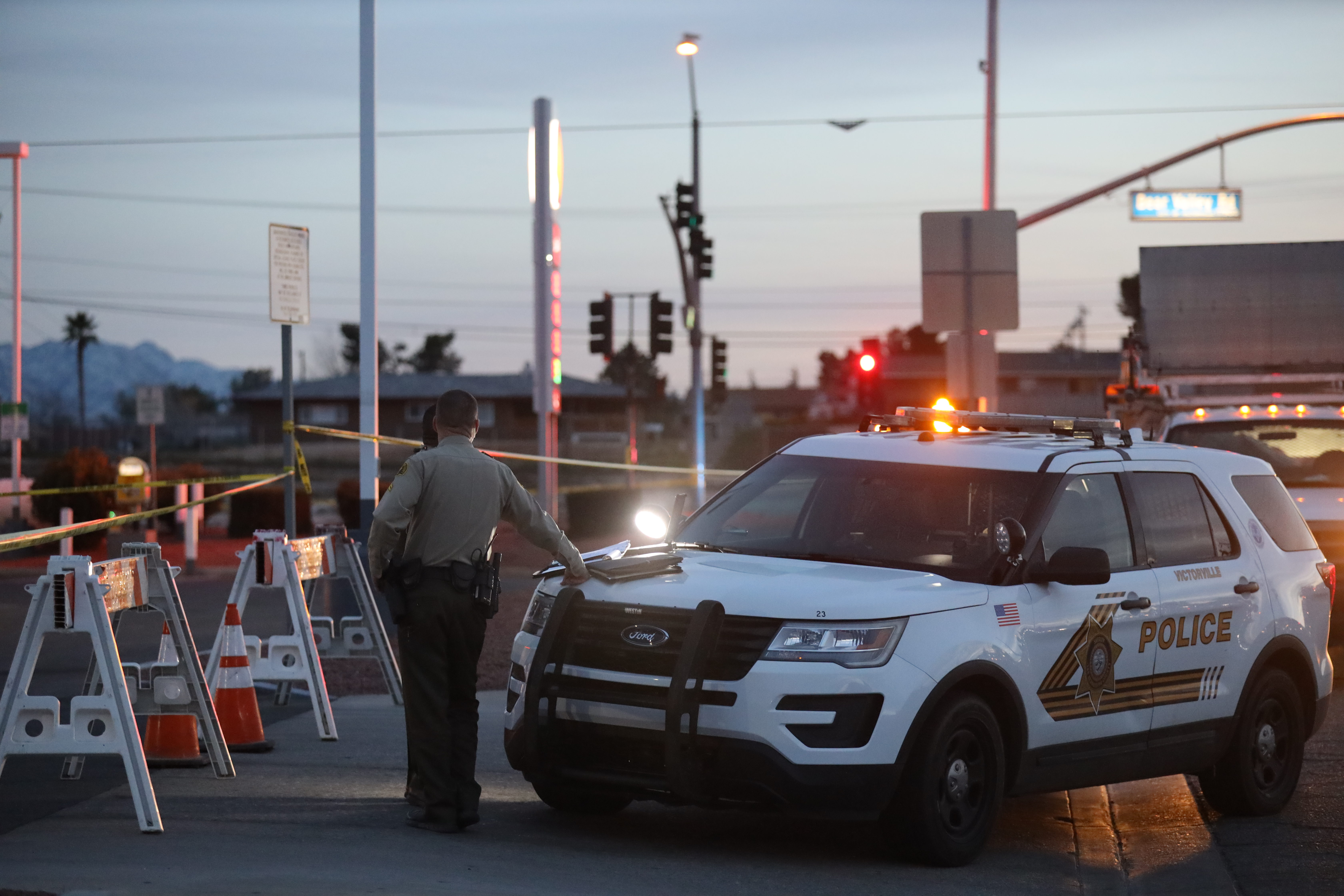 At about 4:10 pm Victor Valley News received information that a male subject was sitting in a field with a gun held to his head.

Deputies responded to the scene near the Shell gas station in the 17900 block of Bear Valley Road and I Avenue.

With weapons drawn, deputies surrounded the area and blocked off the surrounding streets.

According to a tweet from the Victorville Police Department, “A male subject was located in the desert near the location armed with a handgun.  Deputies gave multiple commands, pleading with the subject to drop his weapon. He pointed his gun at deputies, a deputy involved shooting occurred.”

Sheriffs officials said the subject was pronounced deceased at the scene.

VVNG members reported hearing a barrage of gunfire but it’s unknown how many rounds were fired.

Detectives from Specialized Investigations are responding to conduct the investigation.

Westbound traffic on Bear Valley Road is gridlocked, motorist are encouraged to find alternate routes and avoid the area.

This is a developing story and information will be updated as it becomes available. Please check back for updates.