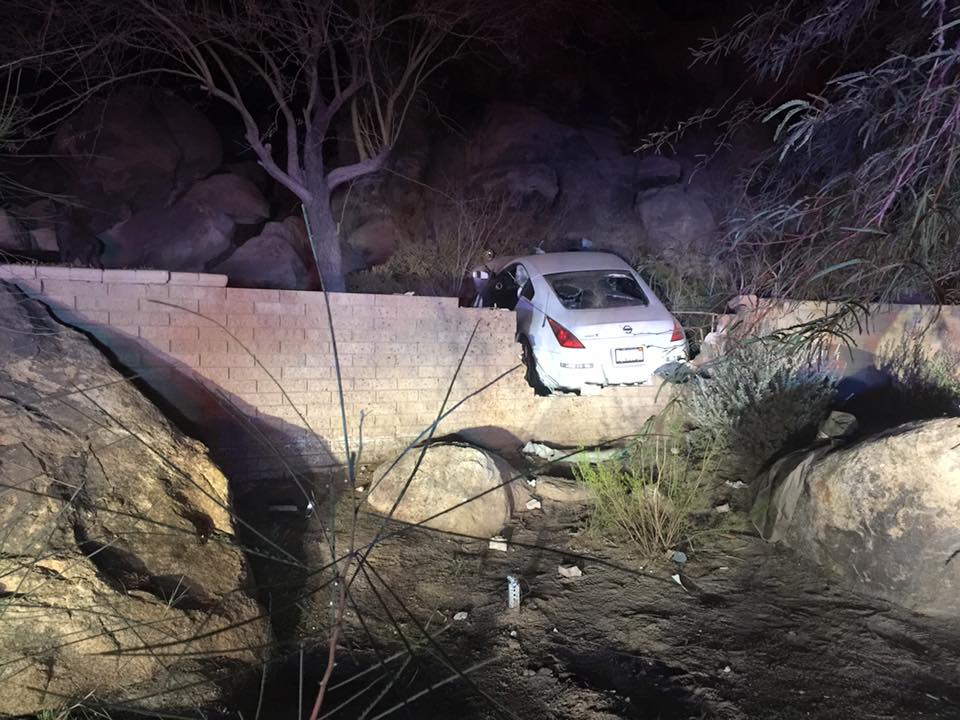 APPLE VALLEY-(VVNG.com): A man who allegedly attempted suicide by intentionally ramming his vehicle into a brick wall is recovering from his injuries.

On December 5th at 8:35 p.m. Apple Valley station deputies were dispatched to Sunset Hills Memorial Park and Mortuary when a wife reported that her 56-year-old husband planned to crash his vehicle into large rocks in order to take his own life.  When the deputy arrived on scene at the 24000 block of Waalew Road the deputy attempted to make a traffic stop on the white Nissan 350Z.

Per scanner traffic, the man fled at about 85 miles per hour coming to a crashing stop after striking a brick wall near the entrance of the park. The man was reported to be in stable condition and was transported by ground ambulance to a local hospital for treatment. Authorities said that they believe the man may have been intoxicated at the time of the incident.