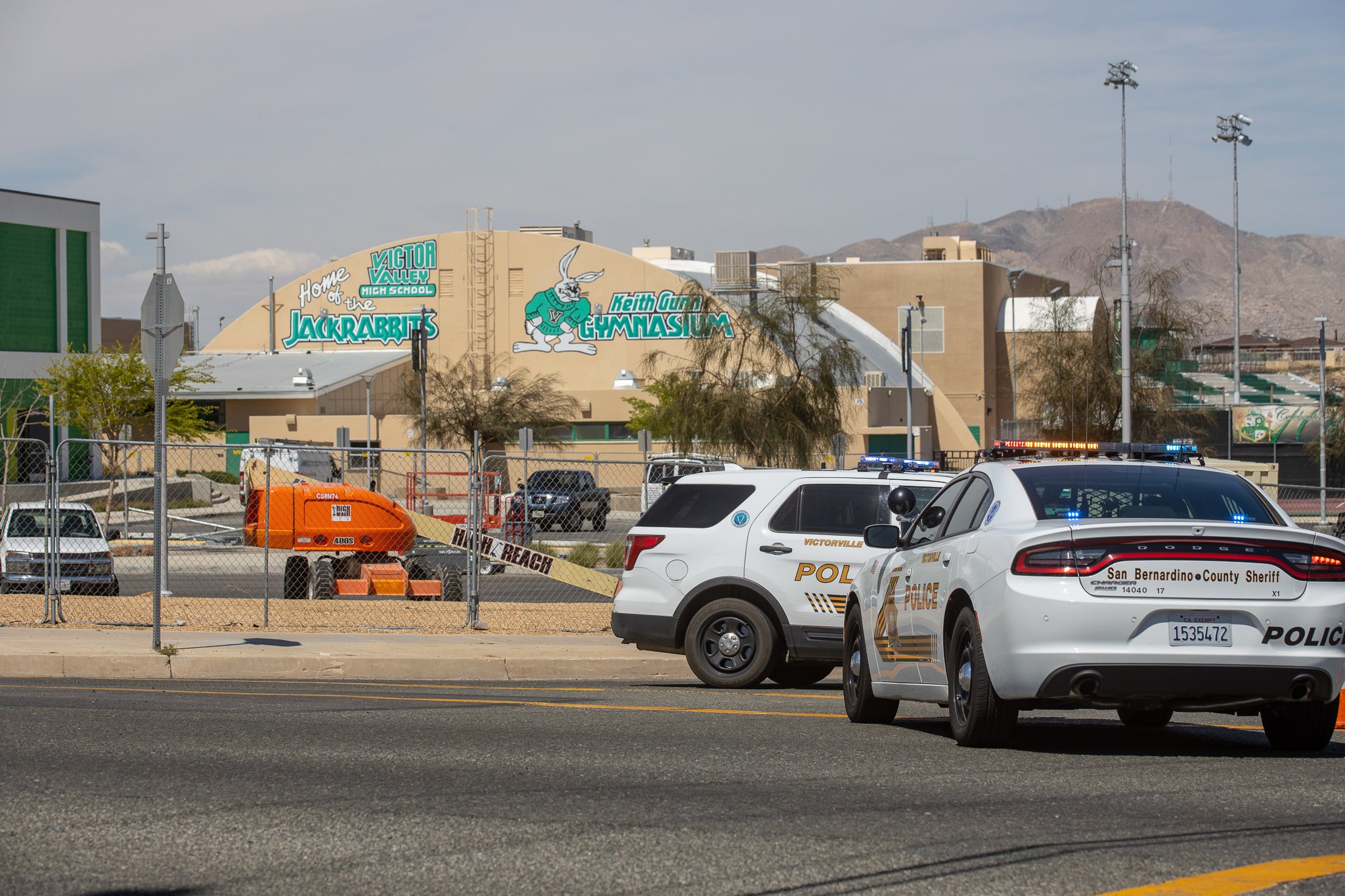 The incident unfolded at about 1:00 pm, on April 4, 2019, in the area of Mojave Drive and Sixth Street, directly in front of the Victor Valley High School.

A swarm of Victorville deputies responded to the incident after a reporting party reported a man with a gun in the area shooting at a passing vehicle.

Deputies briefly shut down the immediate area and put up crime scene tape surrounding a black Chevy Impala that was parked along the westbound lanes of Mojave Drive as they investigated the reports.

Officers at the scene were unable to locate any shell casings or a weapon.

Sheriff’s spokeswoman Cindy Bachman told Victor Valley News, “it looks like this was a fight between neighbors that led to one party chasing the other in their vehicles. One party reported seeing a gun, then later the story changed and no gun was seen.”

Bachman said the fight was over an alleged theft and all involved parties were interviewed and later released.

“No students or staff were involved, and there were no incidents on campus,” stated Reiley.