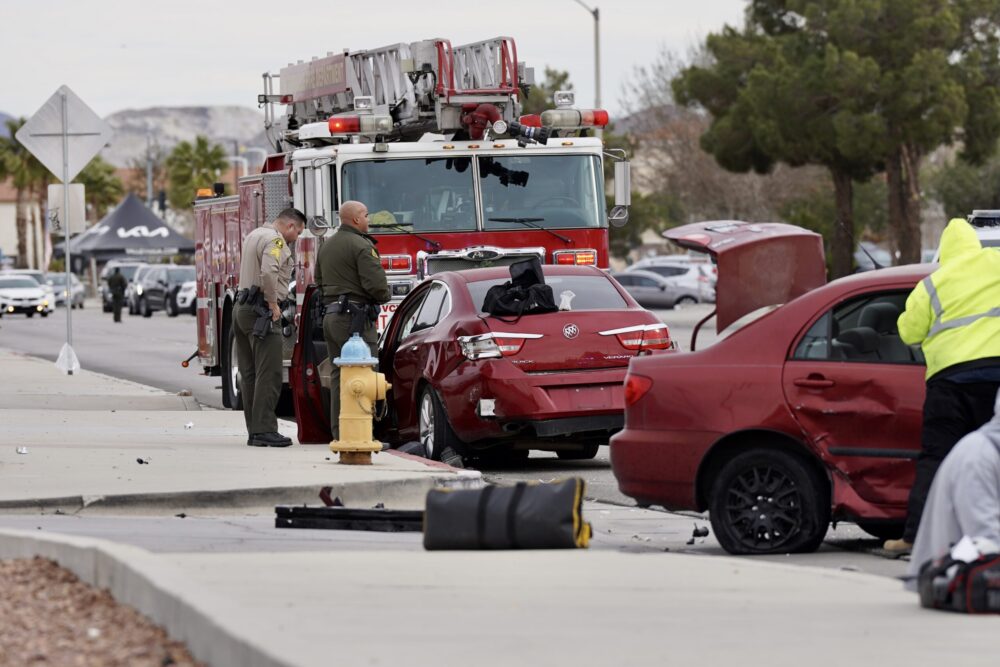 VICTORVILLE, Calif. (VVNG.com) — An alleged pursuit ended in a crash in front of the Victorville Costco Warehouse Saturday morning, leaving one person injured.

Witnesses said deputies were in pursuit of a red vehicle that had no license plates on it, and that at some point during the pursuit, the suspect reportedly drove reckless in the Costco parking lot, and upon exiting onto Valley Center Drive, collided with another vehicle.

UPDATE: Man who caused crash near Victorville Costco had just been released from jail

Firefighters with the Victorville Fire Department and AMR were cleared into the scene to access the driver whose vehicle was struck by the suspect’s vehicle. He was treated for non-life threatening injuries.

Valley Center Drive, between the Costco and the Harley-Davidson, was briefly closed for an investigation.

Details leading up to the alleged pursuit are unknown at this time.

UPDATE: Man who caused crash near Victorville Costco had just been released from jail