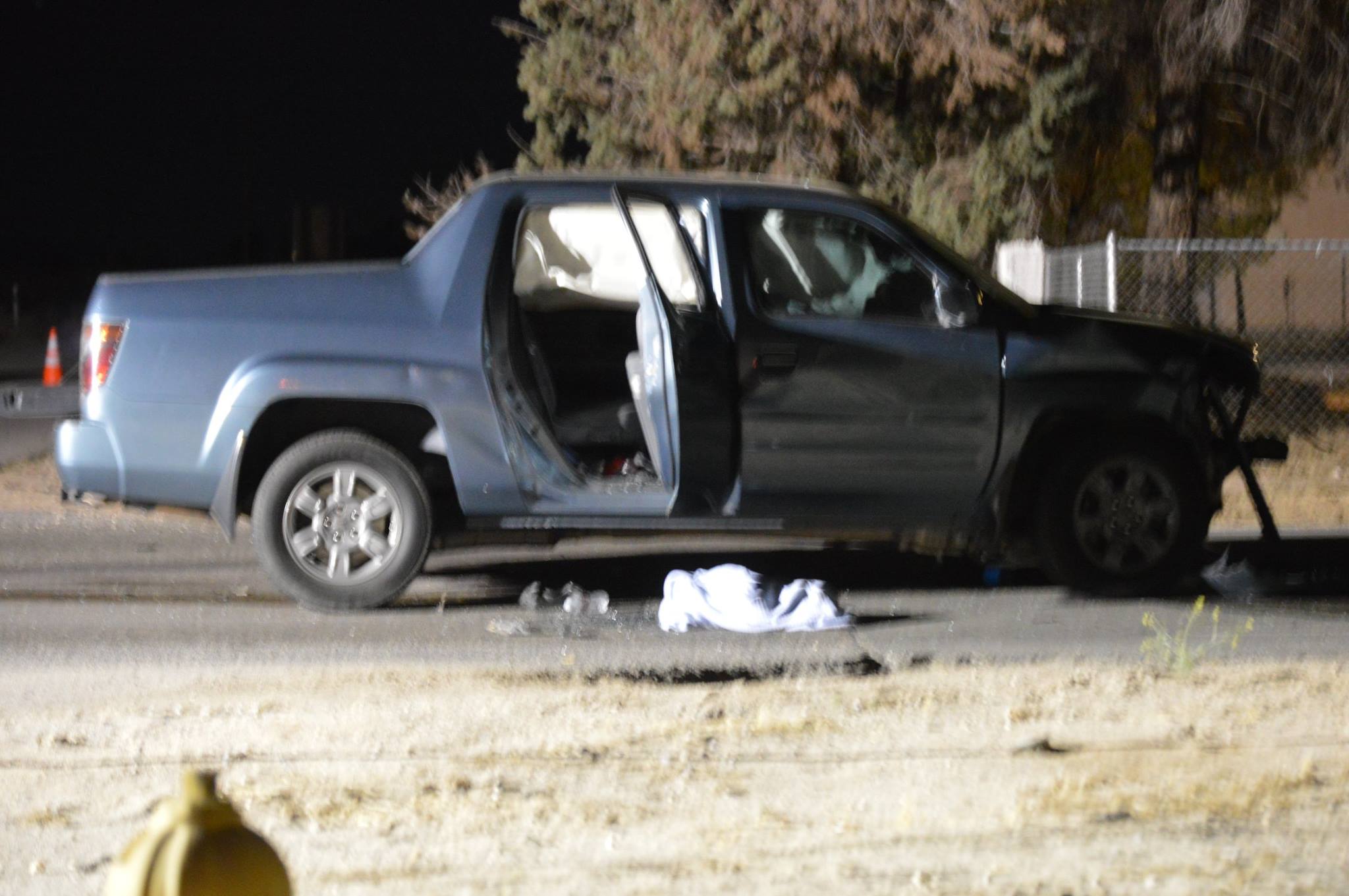 HESPERIA-(VVNG.com):  The 51-year-old man who was arrested on suspicion of DUI following the fatal Friday night collision appeared in court via video for arraignment on Tuesday.

William Frank Burke, a man with two prior DUI convictions was driving northbound on Mariposa Road on Friday, May 1st when he crossed over the yellow lines into the southbound lanes causing a head on collision.

Burke, his passenger and a dog survived with no visible injuries. The driver of the black Chevrolet Impala that he collided with, Andre Ballard sustained fatal injuries and was pronounced dead on the scene. The passenger of the Impala was airlifted to Loma Linda for treatment for unknown injuries.
Burke allegedly caused the fatal head-on crash while under the influence of alcohol and/or drugs.

At the time of the collusion Burke, according to court records, was still on probation for a 2014 DUI conviction.  He is currently being held at West Valley Detention Center in lieu of $250,000 bail.  He is scheduled back in court on May 14th for a pre-trial hearing.