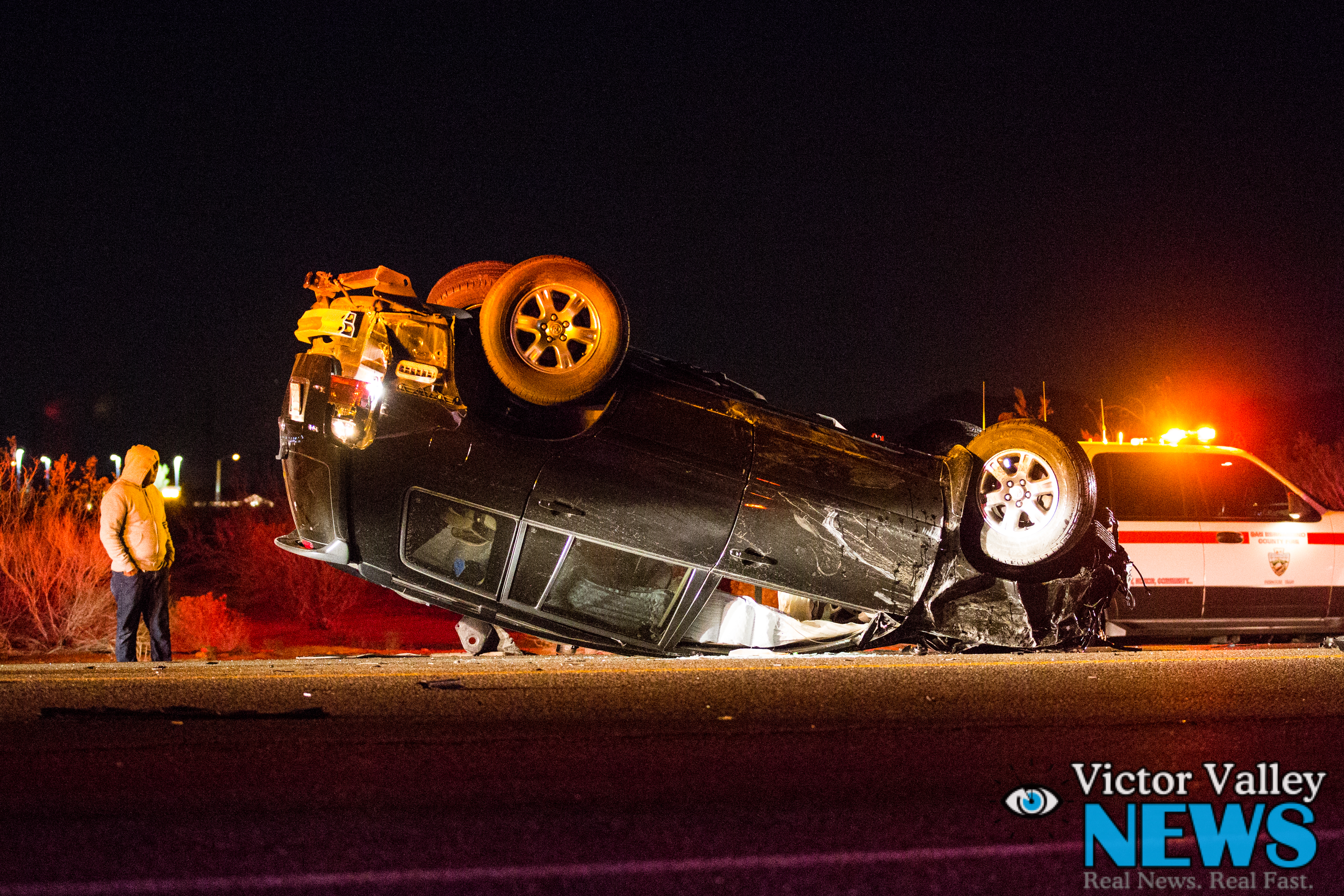 VICTORVILLE, Calif.(VVNG.com)– A local man is currently being held at the Adelanto Detention Center for allegedly driving under the influence that resulted in the death of a Victorville man.

Florencio Arellanes Bernal, 34, a resident of Adelanto was booked Saturday morning for gross vehicular manslaughter while intoxicated, according to public court records.

Bernal is the suspected driver that fled the scene of the fatal Friday night crash that occurred on Palmdale Road between Emerald Road and Cobalt Road at about 10:20 p.m.

A Toyota Echo, driven by a 36-year-old Victorville man, was traveling east on Palmdale Road in the #1 lane of traffic and slowed to make a left turn onto northbound Emerald Road.

A 2005 Toyota Highlander SUV driven by Arellanes Bernal was traveling east in the #1 lane of traffic on Palmdale Road following the Toyota Echo.

“The Toyota Highlander failed to slow or stop and collided with the rear of the Toyota Echo and flipped and rolled several times before coming to rest upside down in the eastbound lanes of Palmdale Road,” authorities said.

The impact caused major damage to the rear of the Echo and sent the car into the westbound lanes of traffic.

When authorities arrived they were told by witnesses that two Hispanic males in the SUV had fled the scene, and it was later determined Bernal was driving.

The driver of the Echo was airlifted to Arrowhead Regional Medical Center. The vehicle’s passenger, a 47-year-old Victorville man was pronounced dead at the scene.

Court records show that Bernal was taken into custody Saturday, December 17th at 12:22 a.m. at the Victorville Police Station.

Bernal was arrested for several violations and is scheduled to appear in a Victorville courtroom on December 20th at 12:30 p.m.

Although the family has identified the victim killed on social media, the San Bernardino Coroner’s office has not officially released his name.

Anyone with information about the collision is requested to contact Deputy C. Wallace or Deputy C. Dekeyrel at (760)241-2911.

Related Article:
1 Killed in Crash on Palmdale Road in Victorville

Vehicle Erupts Into Flames After Crash on Pamdale Road