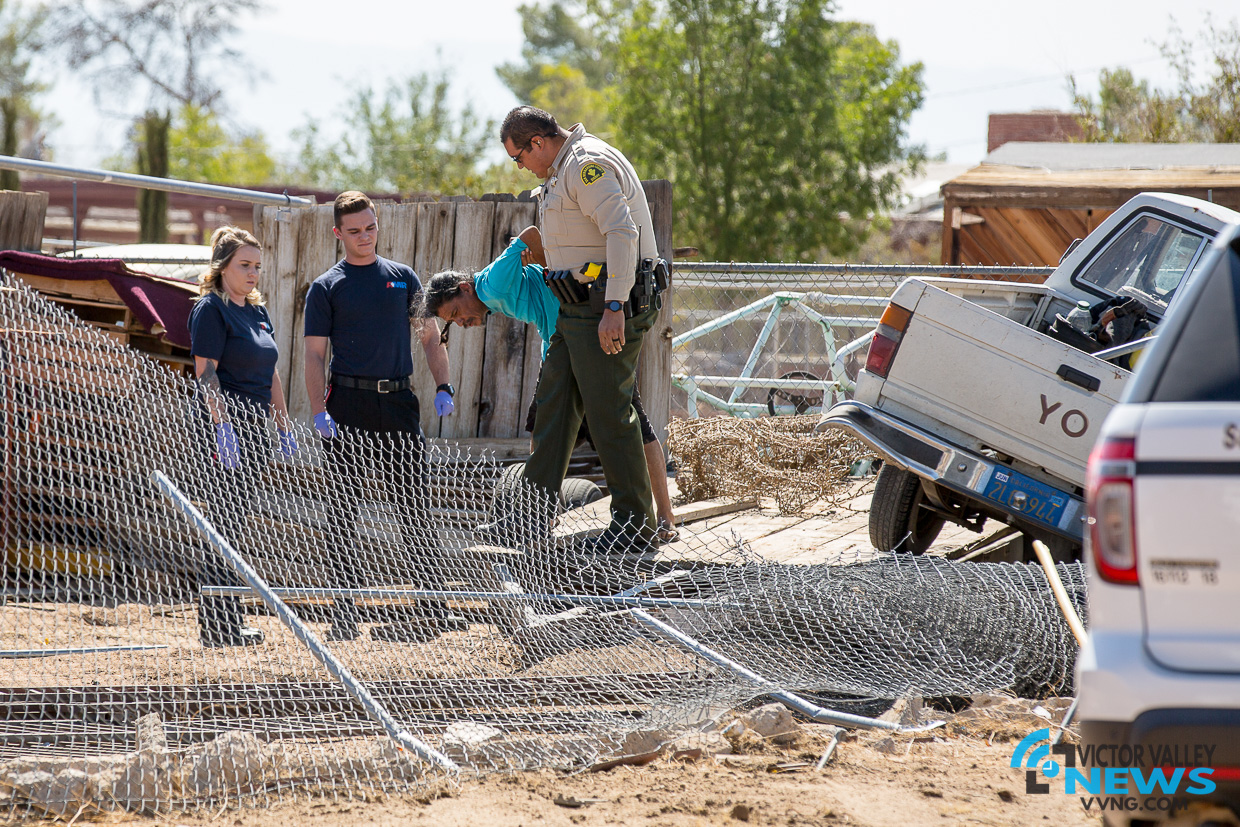 APPLE VALLEY, Calif. (VVNG.com) — A man suspected of driving under the influence of alcohol was taken into custody after crashing into a chain link fence in Apple Valley.

Upon arrival, they located an older model white Toyota pick-up truck that left the roadway and continued traveling as it crashed thru a chain linked fence and came to a stop after crashing on top of a utility trailer parked in the backyard of a residence.

The driver was struggling to get himself out of the truck and was eventually helped out by a sheriff’s deputy.

The male driver was inebriated and unable to walk on his own. He was assisted by a deputy to a nearby AMR ambulance where he was evaluated by paramedics at the scene but was not treated for any injuries.

Sheriff’s officials at the scene told Victor Valley news, the driver was extremely drunk and not cooperating. He was transported down to the station where he would be booked for DUI.

No other vehicles were involved and no bystanders were injured as a result of the crash. 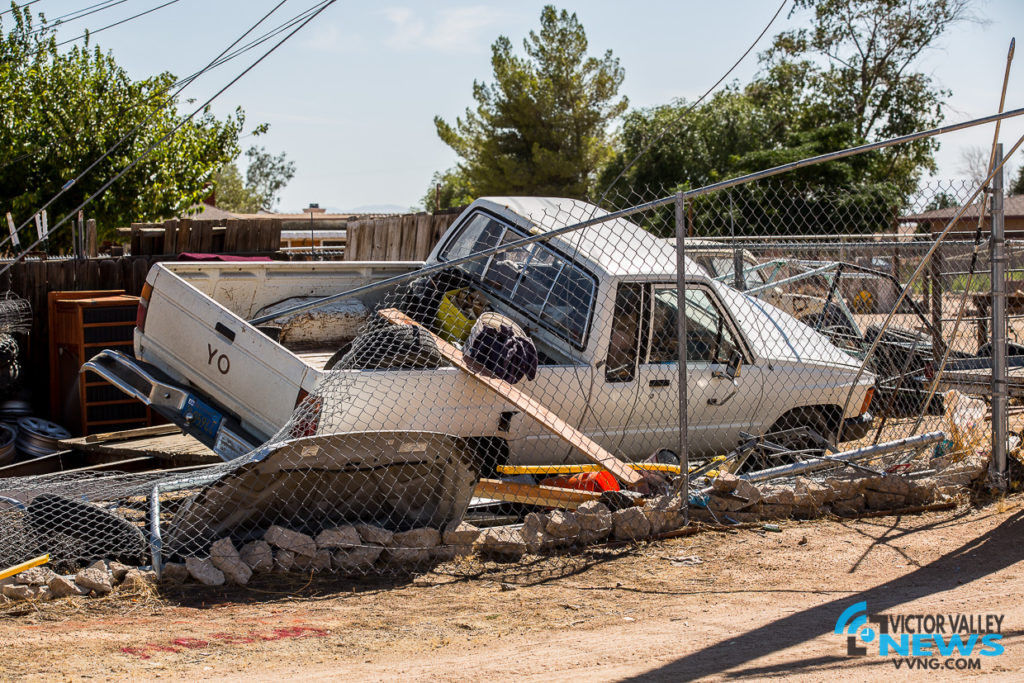