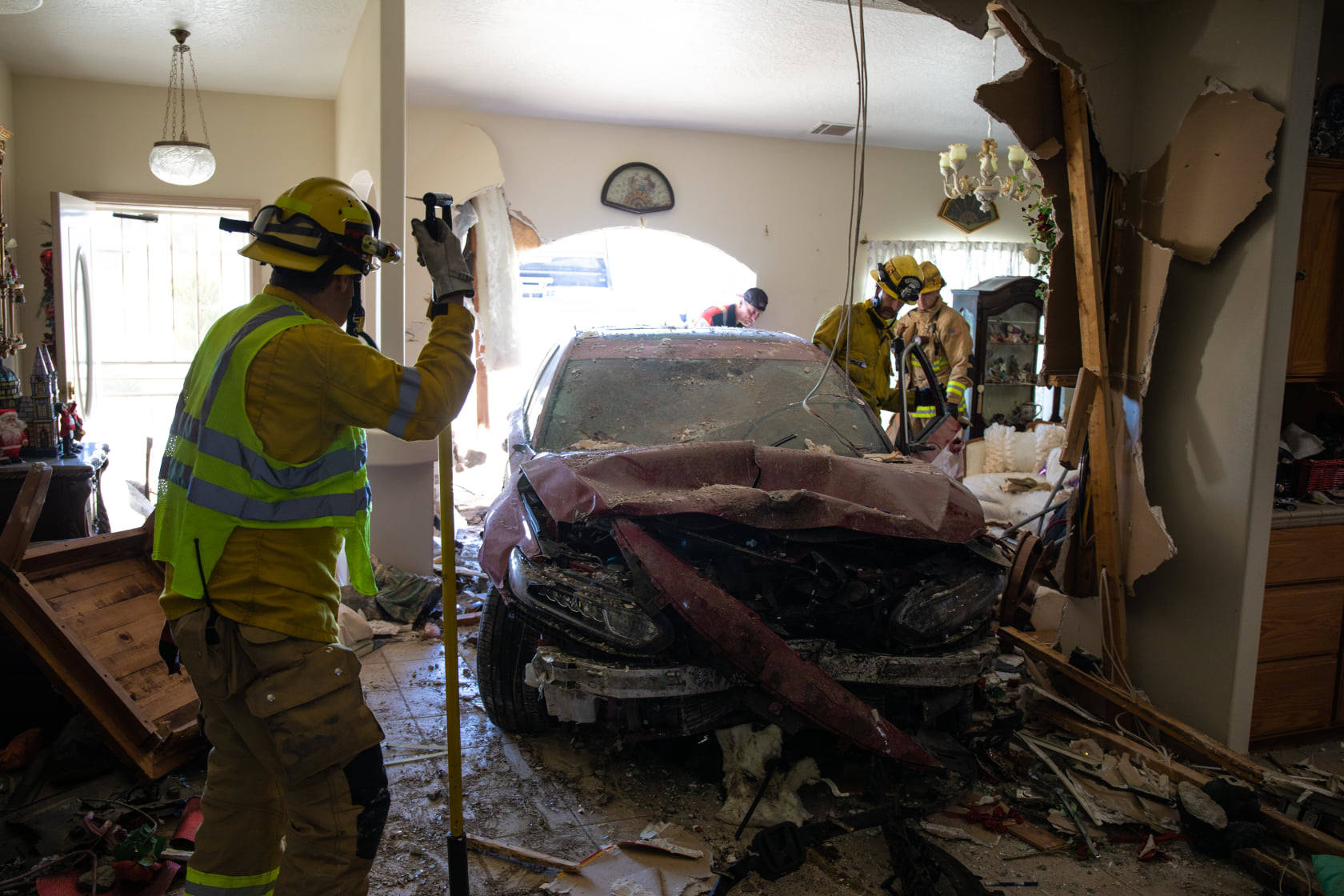 Firefighters from the San Bernardino County Firefighters dispatched a full extrication response which included a heavy rescue with specially trained USAR firefighters for any building shoring or extrication that may be required.

Firefighters arrived on scene and located a four-door sedan with the male driver still inside.

According to a news release from the fire department, “the vehicle impacted several chain-link fences on the property as well as across the street prior to impacting the home. The car entered the front center portion of the home and traveled all the way to the rear load-bearing wall where it came to a stop.”

The driver of the vehicle was evaluated and transported to a local hospital by ambulance. Both occupants of the home escaped injury.

Fire Public Information Officer, Jeremy Kern, said the home sustained significant structural damage which required USAR members to stabilize portions of the building as the vehicle was pulled from the home.

Kern said county fire responded with one engine company, one heavy rescue, one paramedic squad, one ambulance, and one chief officer for a total of 11 personnel.

The driver of the vehicle is suspected of driving under the influence of alcohol.

The incident is under investigation by the San Bernardino County Sheriffs Department.